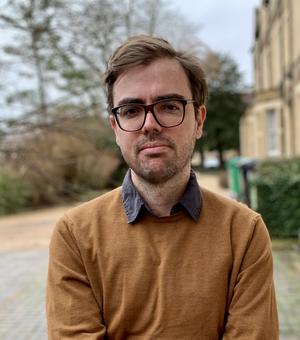 Miguel Conde is a Brazilian journalist and literary critic with a PhD in Literature and Contemporary Culture from PUC-Rio university. His essays and reviews have appeared in academic journals and media outlets in Brazil and abroad, such as Folha de S. Paulo, Literary Hub, Estudos de Literatura Brasileira Contemporânea and Letterature d'America. He is the editor of Quarteto Mágico (2018), an anthology of Brazilian fantastical short-stories, and of Marginália (2016-2018), a book series compiling letters, diaries and other so-called "minor" works from authors like Henry James, Robert Louis Stevenson, Félix Fénéon and Antonin Artaud.

He was an editor and columnist at O Globo newspaper, in Rio de Janeiro, and the curator for two editions of Flip, the international literary festival in Paraty. Currently he works as the book review editor at Words Without Borders and is researching his first book, a biography of Brazilian poet and critic Ferreira Gullar (1930-2016).

His research project at the LAC focuses on figures of mourning and remembrance of the dictatorial past in the books published by Ferreira Gullar during the 1980s and 1990s, as part of a broader interrogation on the cultural memory of the 1964-1985 dictatorship and the changing relations between art and politics in the years of transition to democratic rule in Brazil.