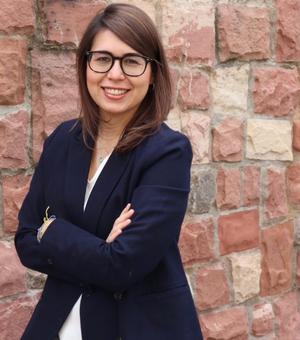 I am a Marie Sklodowska-Curie Research Fellow at the Wilson Center (Washington DC, US) and the Oxford School of Global and Area Studies (Oxford, UK). My current research project, which builds on my dissertation, considers the rise of new oppositions in non-democracies. During this three-year fellowship, I aim to explore domestic forms of external threats to non-democratic rulers, meaning partisan and non-partisan oppositions. How do oppositions form? Which conditions favour the emergence of new oppositions in non-democratic regimes? By using a mixed-methods approach and evidence from Latin America my research will address these questions.

Prior to this, I was a Postdoctoral Research Associate at the Latin American Centre at the University of Oxford. I studied the changing nature of Venezuela’s authoritarian government and the tools civil society organisations develop to effectively carry out their activist work.

Why do some opposition parties coordinate with one another, while others do not? In my doctoral dissertation (DPIR, University of Oxford, 2020), I studied uneven patterns of opposition coordination in autocracies, using empirical evidence from Latin America, including over 200 original interviews conducted with leading politicians, journalists, activists and experts. In contrast to existing accounts that mostly focus on the behaviour and choices of the autocrat, my research pays attention to the individual and collective dilemmas, decision-making processes and agency of opposition parties. I have found that coordination is only possible under two conditions: When repression is both moderate (i.e., not too light as to be merely inconvenient but not too extreme as to be effectively crushing or paralyzing) and indiscriminate. When repression is either low or high levels and/or targeted towards specific parties, coordination is less likely to occur.

At Oxford, I have taught Introduction to Politics as a Lecturer in Politics at Lincoln College at the University of Oxford (2019) and Latin American Politics as a tutor for several colleges. During my doctoral studies, I was a visiting researcher at Princeton University and CIDE (Mexico) and have also at the Inter-American Court of Human Rights in Costa Rica and the Americas Division of Human Rights Watch in Washington DC.