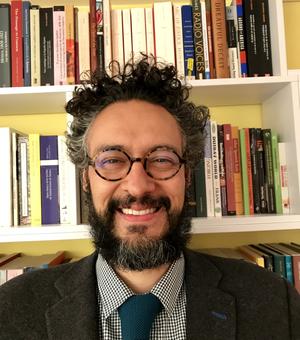 Franz Hensel-Riveros obtained his PhD in History from the University of Texas at Austin. He holds an M.A. in Anthropology, and B.A. degrees in Political Science (Magna Cum Laude, 2003), and History (Honors, 2005) from Universidad de los Andes in Bogotá, Colombia. He currently serves as Vice Provost for Academic Affairs and Professor of History at the School of Humanities at Universidad del Rosario. His research grapples with the exploration of competing forms of hemispheric imagination and experience in 19th century America, the moral and sentimental languages in the forging of early American republics, the role of autobiographies and moral histories in the shaping of political communities, and the methodological and theoretical implications of categories such as experience, scale, and connection in history. His research has been funded by the Fulbright Commission, the Tinker Foundation, the Colombian Council of Science and Technology (Colciencias), the Lozano Long Institute of Latin American Studies, the University of Texas at Austin, and the University of Turin, among other institutions. His publications include the monograph Vicios, Virtudes y Educación Moral en la construcción de la República, the edited volumes Historia de una alma and Actualidad del sujeto, and diverse articles in selected journals and collective works.