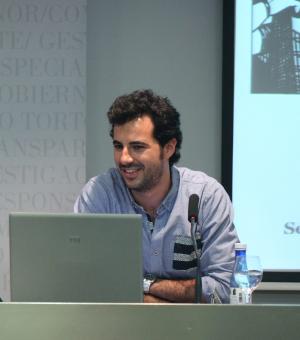 Fernando graduated in Economics in 2007 at the University of Granada (Spain). In the same University he obtained his Master´s degree in Development Studies (2009). He completed his Ph.D. in 2012 with the dissertation, “Development and Institutional Political Economy: A reinterpretation of behavior, public policy and institutional change”.

He was a lecturer in the Applied Economics department for several years and since January 2017 is a Postdoctoral Research Fellow for the Andalusian Government in the Department of Economic Theory and History at the University of Granada. He is a member of the Spanish NGO “Economistas sin Fronteras”, the Latin American Faculty of Social Sciences-Spain (FLACSO-España) and the Red Española de Estudios del Desarrollo (REEDES).

Fernando´s research attempts to demonstrate the need to go beyond conventional economic theory in order to lend realism and humanism to positive economics. However he is not merely interested in questions that would now be categorized as economic issues. His research has been mainly focused on heterodoxal political economy, political philosophy, well-being indicators and more currently in what some authors have referred to as “alternatives to development” (Latin America´s debates on Buen Vivir, de-growth and post-capitalist discussions). These research interests have materialized in several peer-reviewed articles in academic journals such as Journal of Cleaner Production, Ecological Economics, Journal of Economic Issues, Review of Radical Political Economics, Revista Venezolana de Ciencias Sociales, among others. His recent research has been focused on the analyses of needs-based and subjective well-being in two cantons in southern Ecuador (Nabón and Pucará) and in the Spanish city of Granada. The results of both studies illustrate the importance in evaluating the success of policies within the economic, social and environmental spheres of people´s lives as well as future generations.