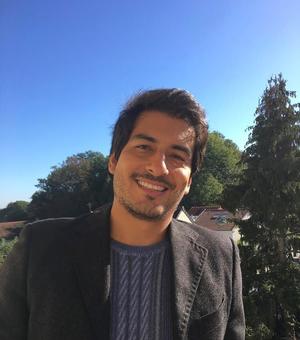 Felipe Hernández received his Ph.D in History and Political Science from École des Hautes Études en Sciences Sociales (EHESS - Paris). His first book “Élites, intellectuels et démantèlement de la Yougoslavie (1945-1991)” was published in 2019. Before becoming an academic visitor at Oxford, he held teaching and research positions at University Paris-XI and University Paris 8.  He is also a researcher for the Re:constitution  program at Berlin-based Forum Transregionale Studien.

His research interests revolve around the intersections of civil society, left and right-wing populism, the politics of ethnicization and the transformations of social ties in post-conflict situations. His work aims to build bridges between the methodology and literature of anthropology, sociology and history, and he is deeply invested in transregional and global entanglements, in particular Latin America and Southeastern Europe. He constantly explores strategies and techniques that open up new possibilities for linking collective experiences beyond regional differences and national specificities.

At Oxford (OSGA-LAC), Hernandez will be working on a project titled “Populism, pluralism and marginality: Latin America and Southeastern Europe in comparative perspective,” which explores left and right-wing populism and how the categories of pluralism and marginality represent crucial elements for the transformation of society and democracy. The progressive and significant increase of populisms in these regions seek to transform the liberal order on a national and international scale, disrupting principles and norms to create new rules and procedures that weaken institutions and democratic control processes.