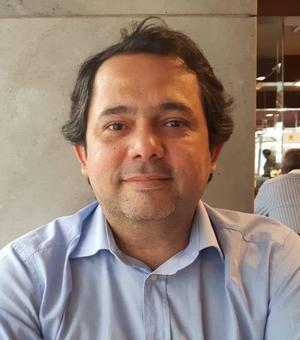 Ernani Carvalho is an associate professor of Political Science at Federal University of Pernambuco, Brazil. PhD in Political Science from the University of São Paulo (2005), Visiting Research at the Coimbra University (2003-04) and Research Fellow of Universitat Pompeu Fabra (2012-2013). He was Coordinator of the Bachelor of Political Science and International Relations course at UFPE (2008-10). He was Director of the Brazilian Association of International Relations (ABRI / 2009-2011). He was Coordinator of the Graduate Program in Political Science at UFPE (2010-2012). He was Advisor to the Rector (2011-2012), Director of Graduate Studies (2014-2015) and Dean of Research and Graduate Affairs (2015-2019) of UFPE. He is also a Research Fellow of the National Council for Scientific and Technological Development - CNPq. Coordinated research projects funded by FACEPE, CNPq and CAPES.

For the Academic Year of 2022, Carvalho will be a visiting scholar at the Latin American Centre and Brazilian Studies Programme.