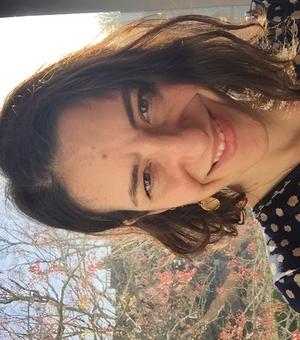 Carla Tomazini is currently a research member of Printemps, Université Paris-Saclay-CNRS and lecturer and academic coordinator at Sciences Po. She was previously an assistant professor (ATER) in the Department of Political Science at the University of Versailles (2016-2018). Carla earned her PhD in Political Science at the University of Paris Sorbonne-Nouvelle (France) and the University of Campinas (Brazil) in 2016. In her thesis, she explores the process of endogenous institutional changes through the example of conditional cash transfer programmes in Brazil and Mexico. She was twice awarded the Eiffel Scholarship of Excellence (master's and doctorate), and her doctoral thesis was approved with distinction and honour.

Her primary research interests are in the field of comparative politics, with a focus on political institutions and the welfare state. Carla has co-edited, with Melina Rocha Lukic, three books on Brazil and Latin American policies. She has also published in different journals, such as Critical Policy Studies, Journal of Sociology and Social Policy, Revue française de science politique, Critique Internationale and Revista de Sociologia e Política.

She is currently investigating the links between anti-gender politics and reforms in schooling (including the promotion of homeschooling) throughout Latin America. She was selected for residency at the Maison française d'Oxford (MFO) as part of the partnership with Sciences Po Saint-Germain-en-Laye.