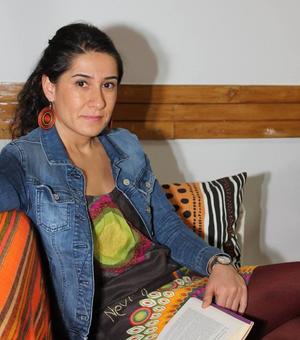 Aylin Topal is an Associate Professor of Department of Political Science and Public Administration at Middle East Technical University. She served as the Chairperson of Latin and North American Studies Program between 2010 and 2019 at the same university. Previously, she as a Visiting Scholar at Harvard University, Sociology Department (Sping 2015) and Pittsburgh University, Department European Union Center of Excellence and European Studies Center (Summer 2015).  She holds a PhD in Political Science from the New School for Social Research in New York. Aylin Topal’s research interests lie in the political economy of development and agrarian change. She is the author of Boosting Competitiveness through Decentralization: A Subnational Comparison of Local Development in Mexico, (Ashgate Publishing, 2012; Routledge 2016). She has published several articles and chapters in edited volumes on regional, urban and rural development in Mexico and state-capital-labour relations under neoliberalism in Turkey. Her articles were published in high ranking SSCI journals such as Journal of Urban Affairs, Critical Sociology, International Journal of Urban and Regional Research, Climate and Development, Women’s Studies International Forum. She is currently working on two research projects; a book manuscript on microfinancialisation of rural development in Mexico, and a series of articles contrasting State-Business Relations in Turkey and Brazil.