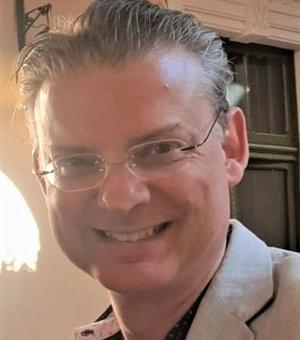 Andrew Paxman is a biographer and historian of modern Mexico. He was born in London and during the 1990s worked as a journalist in Mexico City. He co-authored the biography El Tigre: Emilio Azcárraga y su imperio Televisa (Grijalbo) about the media mogul Emilio Azcárraga Milmo, which was Mexico’s bestselling work of nonfiction in 2000. He then earned an MA from UC Berkeley and a PhD from UT Austin and taught for four years at Millsaps College in Mississippi. Since 2014 he has taught history and journalism at the Center for Research and Teaching in Economics (CIDE), in Aguascalientes and Mexico City.

Paxman’s biography of the U.S. industrialist William Jenkins was published in 2017 by Oxford University Press, as Jenkins of Mexico: How a Southern Farm Boy Became a Mexican Magnate; the Spanish translation is titled En busca del señor Jenkins: Dinero, poder y gringofobia (Debate). His third book is an edited volume about Mexico’s authoritarian state governors, titled Los Gobernadores: Caciques del pasado y del presente (Grijalbo, 2018). He is currently finishing a recent history of the Mexican press, from 1988 to the present, for the University of North Carolina Press.

At the LAC, Paxman will be starting a biographical project about the U.S. missionary and educator William Cameron Townsend, by researching the impact of his activities and those of his Summer Institute of Linguistics upon Mexican indigenous communities in the 1930s and 40s. As a translator of the Bible into indigenous languages, Townsend was an early promoter of bilingual education and indigenous literacy, for which he received support from the Mexican state under President Lázaro Cárdenas and his successors.