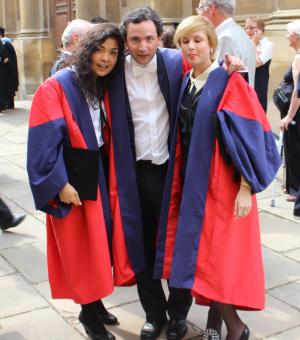 Ana Isabel Lopez Garcia is a Mexican national. Her expertise is on comparative politics, with a focus on Latin America. She holds a BA in International Relations from Mexico’s Autonomous Institute of Technology (ITAM), an MPhil in Latin American Studies from St. Antony’s College, University of Oxford (2009), and a DPhil in Politics (Comparative Government) from Nuffield College, Univeristy of Oxford (2013). Her main research concerns are how political behaviour in Latin American democracies is affected by the character of their political institutions (executive-legislative relations and electoral systems) and the influence of transnational processes, like international migration. Her DPhil thesis examined the trajectory of social mobilisation in third-wave Latin America and the ways social protest has been affected by the nature of executive-legislative relations. She has been undertaking a research project which examines the attitudes and behaviour of Mexican citizens towards political parties in localities with high levels of migration to the United States.