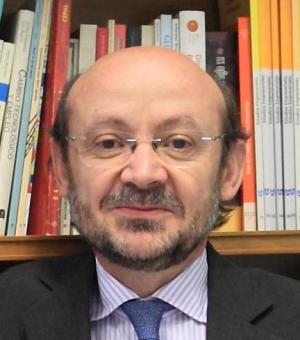 Prof. Arahuetes is full professor of Applied Economics at ICADE, Senior Research Fellow at Royal Institute Elcano (Real Instituto Elcano, Madrid). He has been Dean of the Faculty of Economic and Business Sciences ICADE from 2008 to 2017. He has participated as a researcher about Foreign Direct Investment in Latin America in different projects at the Interamerican Development Bank (IDB). He has published several articles, research papers and book chapters about European Foreign Direct Investments in Latin America, Economic Globalization, and International Financial Flows. At the Royal Institute Elcano of Madrid, Prof. Arahuetes has published several books about the Economic Relations between Spain and Brazil, and about Trade and Investment Opportunities in Mexico and Brazil. He was a Board Member of the electric Company Endesa for Latin America in Endesa Chile form 2012-2015. Also at the Royal Institute Elcano he has published several reports about Opportunities and Strategic Risks for the economies of Spain, United States of America, Brazil, Germany and Morocco. Recently, he has published “The interdependence of the British Economy: a contribution to the Brexit debate”, an article about the Spanish Direct Investments in Latin America in the period after the international financial crisis 2008-2015, both of them in the review Economía Exterior. He has also published several chapters in different books about the Spanish Foreign Direct Investment in Brazil, Chile, Colombia and Peru.