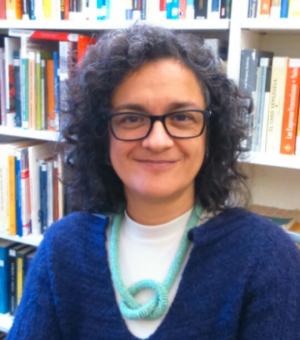 She has been professor and researcher at the Post-Graduate Program on Communication of the Universidade do Estado do Rio de Janeiro (UERJ) since 2003, teaching both graduate and post-graduate courses, as advisor for students of undergraduate and graduate level and academic supervisor at masters and doctorate levels. Visiting fellow at the Latin American Centre, Oxford University (2015-2016).

During the past 20 years, Alessandra has studied many subjects in the political communication field, developing and coordinating research with students of PUC-Rio, UERJ and Iuperj. The main objects investigated are: citizens’ political attitudes; democracy and the media; political propaganda and persuasion strategies; newspapers coverage of elections; political opinion and electoral behavior; social movements and television news; news-making and news-worth criteria; history of Brazilian media; internet and politics. From research on these themes, Alessandra has written and organized books and book chapters, as well as several articles published in specialized scientific journals, papers in Congress and Conference proceedings, both in Brazil and abroad. Is a member of the scientific associations IPSA, BRASA, ABCP, ANPOCS, Intercom. She has been founder and President (2013-2015) of the Brazilian Association of Political Communication Researchers (Compolítica), and is Editor of the Compolítica Journal. She directed, with Vicente Ferraz, the documentary Arquitetos do Poder (2010), on Brazilian media and politics. Alessandra is a fluent reader and speaker in Portuguese, Italian, English, Spanish and French.