Mexican Feminism in Protest: The Photography of Ana Victoria Jiménez 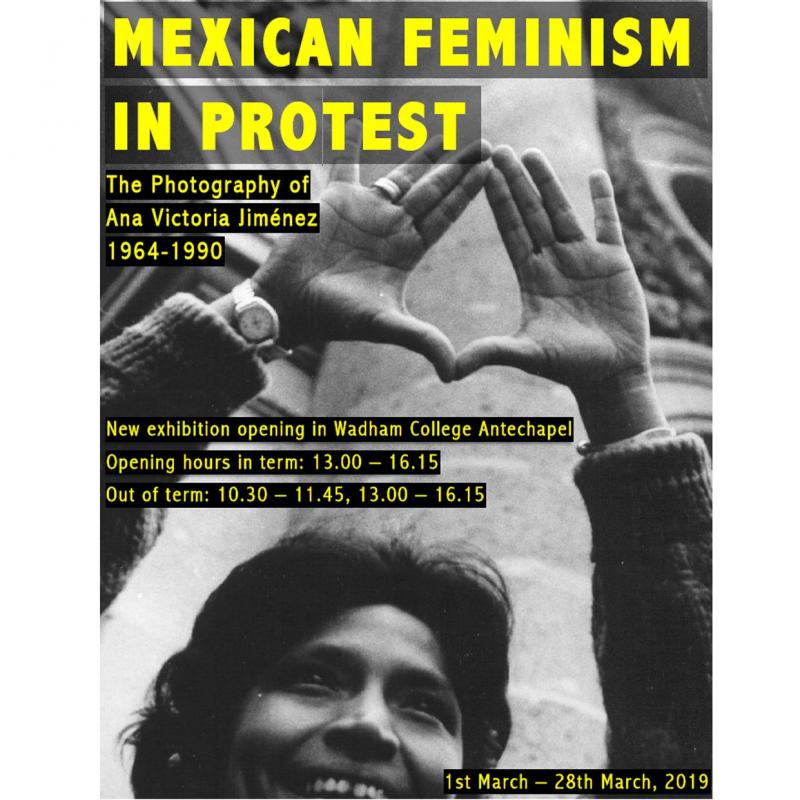 This 2019 exhibition marks the 40th anniversary of the International Dinner Party (1979). For 24 hours, women across the world dined together in international feminist solidarity, sending photographs and telegraphs to American feminist artist Suzanne Lacy, who pinned red flags on an international feminist map. Ana Victoria Jiménez organised the Mexican Dinner Party and sent the above photograph to Suzanne Lacy to be pinned on the map. Inspired by the International Dinner Party, this exhibition seeks to expand the focus of feminist exhibitions in the UK. Contrary to the belief of many British art galleries, Frida Kahlo is not the only Mexican woman artist in the history of the world. The work of Ana Victoria Jiménez makes up one of the largest feminist archives in the world. This exhibition provides an introductory glimpse into this understudied and undercelebrated resource.

Ana Victoria Jiménez was born in Mexico City in 1941. After joining the Communist Youth League of Mexico City, she became one of the founding members of the National Union of Mexican Women (Unión Nacional de Mujeres Mexicanas) in 1964. Emerging during a period of complex political instability, the Union followed Communist ideologies, arguing that feminism should be a class war rather than a gender war. Jiménez would go on to participate in many of the most important feminist movements, collectives, and protests in Mexico City between 1964-90. Her photographic archive is one of the largest feminist archives in the world. It illuminates and complicates histories of the Mexican Feminist movement.