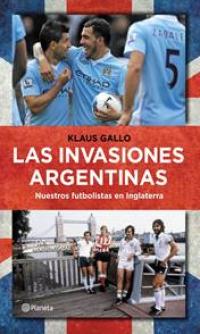 Matthew Brown is Professor in Latin American History at the University of Bristol. He is the author of Adventuring through Spanish Colonies: Simón Bolívar, Foreign Mercenaries and the Birth of New Nations (2006), The Struggle for Power in Post-Independence Colombia and Venezuela (2012) and From Frontiers to Football: An Alternative History of Latin America since 1800 (2014). His interests in new forms of exploring Latin American history have led to the Quipu Project (www.quipu-project.com) on testimonies of forced sterilization in Peru, a collaboration with the Transform Drug Policy Foundation ‘Anyone’s Child Mexico’, and the current AHRC project ‘Peace Festival: Using Creative Methodologies to Unearth Hidden Histories of Violence’ in Colombia and Peru. He is currently writing a book about the history of sport in South America between 1863 and 1930.

David Wood is Professor of Latin American Studies at The University of Sheffield, where his undergraduate and post-graduate teaching explores the relationships between cultural production and socio-political issues in the region, especially in Peru and Cuba.  His research over the last decade has focussed primarily on the representation of a range of sporting practices in literary and visual cultures across the region, resulting most recently in Football and Literature in South America (Routledge, 2017), the first monograph devoted to this field.  Further research in this area has led to publications on the representation of sportswomen in Peru, the cultural history of surfing in Peru, the political use of sport in the work of Antonio Skármeta and the use of football and baseball in Latin American cinema.  Publications from other research areas include The Fictions of Alfredo Bryce Echenique (London: Kings' College Hispanic Series, 2000) and De sabor nacional: el impacto de la cultura popular en el Perú (Lima: Instituto de Estudios Peruanos, 2005).  David is President for 2017-19 of the Society for Latin American Studies (SLAS) and co-chair for the Sport and Society track for the Latin American Studies Association (LASA).