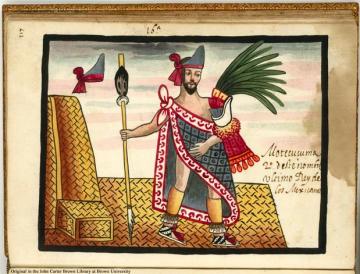 Matthew Restall is a Colonial Latin American Historian with areas of specialization in Yucatan and Mexico, Guatemala and Belize, Maya history, the Spanish Conquest, and Africans in Spanish America. He has received NEH and Guggenheim Fellowships to study Mexico's indigenous and African past. His sixty odd articles & essays and twenty books published since 1995 include The Maya World (1997), Maya Conquistador (1998), and Seven Myths of the Spanish Conquest (2003, and since published in four additional languages). More recent books include two edited volumes, Beyond Black and Red and Black Mexico (2005 and 2009), and two co-authored volumes—Mesoamerican Voices (2005) and Invading Guatemala(2007), the latter published in Penn State Press’ Latin American Originals series. He edits that series, and co-edits Cambridge University Press's Cambridge Latin American Studies book series. Having edited Ethnohistory journal for ten years, he is now co-editor of the Hispanic American Historical Review. His monograph, The Black Middle: Africans, Mayas, and Spaniards in Colonial Yucatan (2009), won the Conference on Latin American History prize for best book on Mexican history, and is to be published in Spanish in 2018. He co-authored four books published in 2011 and 2012: 2012 and the End of the World: The Western Roots of the Maya Apocalypse (with Amara Solari);The Riddle of Latin America and Latin America in Colonial Times (both with Kris Lane); and The Conquistadors (with Felipe Fernández-Armesto). His newest book, When Montezuma Met Cortés: The True Story of the Meeting that Changed History, on the Spanish-Aztec War, was published in January of 2018 by Ecco/HarperCollins. He is currently writing a book on early Belize.

**Please note this is a Monday**