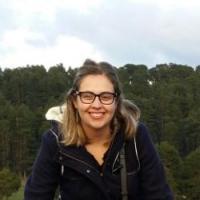 Unfortunately due to a last minute problem, Dr Elisa Botella will not be able to come to Oxford this week.  As a result, her seminar on Wednesday at 12.45pm has been cancelled.

Many apologies for the inconvenience.

Land concentration is an historical and structural problem in Latin America, the most unequal region worldwide. Since the early 1900s, land inequality has been the root of struggles and revolutions in the subcontinent. Mexico during the Revolution (La Tierra para quien la Trabaja claimed by Emiliano Zapata), the Cuban Revolution or the MST in Brazil showed some of these problems in rural areas. The Global Food Crisis (2007-2008) reopened the debate on land redistribution and the role of small farmers to produce food for national consumption.