A key contention in the peace processes in Colombia is the definition of a “political crime” that justifies the jurisdiction of transitional justice in place of the ordinary criminal justice system. Firstly, its definition raises generic theoretical questions rooted in criminal and constitutional law of how trade-offs between justice for abuses in the past and peace in the future ought to be weighed (Reitel 2014; Greiff 2012; Uribe de Hincapie 2008). Secondly, the definition is situated at the nexus between law and politics, where political actors invest resources in order to affect the interpretation in their interest (Mahoney & Thelen 2009). Finally, conditions for the application of the Justice and Peace framework can alter incentives structures of former combatants (Boesten 2022). This presentation is the first effort to present findings to the normative question that arises from these contentions: How does the normative definition of the “political crime” in the FARC Peace Process differ in its substance and interpretation from the “political crime” in the Justice and Peace Process? 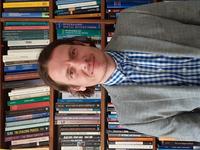 Jan Boesten is a DFG Postdoctoral researcher at the Institute for Latin American Studies (LAI) at the Freie Universität Berlin, associated researcher with the CONPEACE Programme, as well as an Associate Member of Nuffield College at the University of Oxford. His work has appeared in the Latin American Research Review (LARR) and Colombia Internacional, Precedente. Revista Jurídica, and several edited volumes. The book, Constitutional Origin and Norm Creation in Colombia: Discursive Institutionalism and the Empowerment of the Constitutional Court, based on his PhD research, is forthcoming with Routledge. His current research, funded by a DFG grant, compares peace processes in Colombia in search for institutional caveats of non-state armed order, and ramifications for institutional trajectories.