LAC Main Seminar Series: Does receiving a basic income encourage citizens to turn out to vote? Evidence from mayoral and general elections in Brazil

Political theorists and enthusiasts of basic income programs advocate that receiving an unconditional, periodic, and nonwithdrawable cash payment can encourage voter turnout by freeing citizens' time, energy, and cognitive bandwidth. This paper provides the first quantitative assessment of this argument by studying Renda Básica de Cidadania (RBC) -- currently the largest basic income program in Latin America. RBC pays a monthly transfer equivalent to 15% (R$170 approx. US$35) of the national minimum wage to 42,000 (25%) of individuals living in Maricá, Brazil. Estimates from a difference-in-differences design show a substantive increase in voter turnout after the adoption of the basic income. Besides turnout, the RBC is also associated with a reduction of invalid votes -- which tends to signal voters' lack of information about candidates or their dissatisfaction with the candidate pool. These effects appear in local and general elections and are robust across different models.

The full (working paper) can be found here. 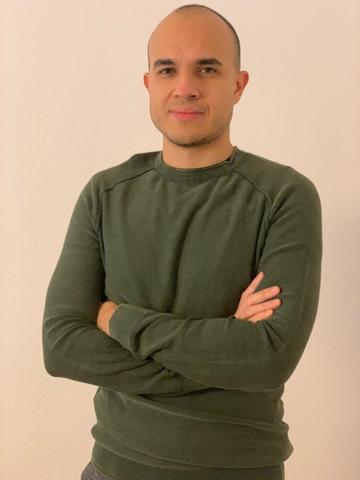 Victor Araújo  is a Postdoctoral Researcher in the Institute for Political Science (IPZ) at the University of Zurich (UZH). His  primary research agenda draws on experimental and quasi-experimental designs to identify the impact of social policies on electoral participation and political engagement.  Victor’s  research has been published or forthcoming at Comparative Political Studies, British Journal of Political Science, Research & Politics, Latin American Research Review, and Brazilian Political Science Review. In 2019, Victor completed a Ph.D. in political science from the University of Sāo Paulo (USP). This degree, funded by the Research Fund of the State of São Paulo (FAPESP), was awarded the national prize for the best dissertation in International Relations and Political Science by the Ministry of Education (CAPES) and received an honorable mention for the prize for the best dissertation by the Brazilian National Association of the Social Sciences (ANPOCS).  He is currently a candidate for a second Ph.D. in political economy and development at the UZH (expected July 2022).