The Inaugural Tertulia at the Latin American History Seminar

After registering, you will receive a confirmation email containing information about joining the meeting. 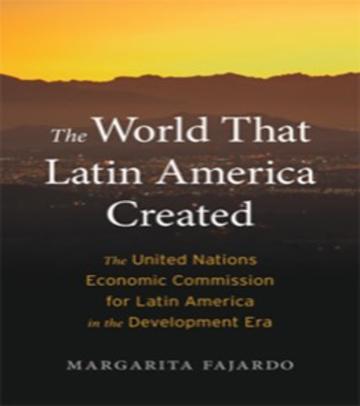 Margarita Fajardo is a faculty member at Sarah Lawrence College. She received her Ph.D from Princeton University and BAs in History and Economics from the Universidad de los Andes, Bogotá, Colombia.  In recent years, she has received fellowships from the National Endowment for the Humanities  and Duke’s Center for the History of Political Economy. She is the author of the book The World that Latin America Created: The United Nations Economic Commission for Latin America in the Development Era. Margarita has published in the Latin American Research Review and in series of edited volumes about the Developmental State in Latin America, the Cold War Social Science and the Global Social Sciences. She is interested in the history of Latin American and global capitalism as well as the in the history and political economy of ideas, science, and expertise.

Andrés Guiot-Isaac is a doctoral student at the Oxford School of Global and Area Studies. He is bursary of ICETEX’s program Pasaporte a la Ciencia (Foco Sociedad) and holder of an Oxford’s Global History of Capitalism Project studentship. His doctoral thesis studies the emergence of an economic technocracy in Colombia (c. 1948-1974), and analyses the intersections between economic governance, political decision-making, and the production of scientific and technical knowledge. His research has been published in the History of Political Economy, OEconomia, Revista Desarrollo y Sociedad, and the edited volume Ideas in the History of Economic Development: The Case of Peripheral Countries (Routledge, 2020). Before starting his DPhil, Andrés obtained a BA in Economics and in Philosophy, and a MA in Economics from the Universidad de los Bogotá, Colombia. He also translated into Spanish Jeremy Adelman’s biography of Albtert O. Hirschman, Worldly Philosopher: The Odyssey of Albert O. Hirschman (Princeton University Press, 2013).