After registering, you will receive a confirmation email containing information about joining the meeting. 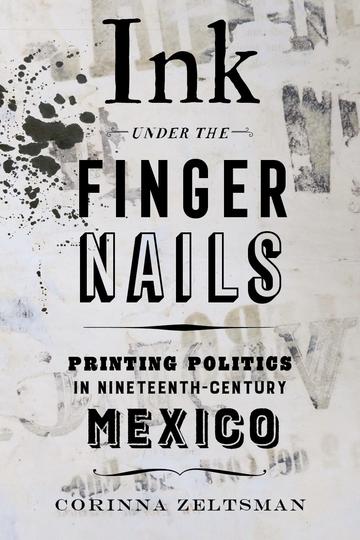 Corinna Zeltsman is assistant professor of history at Georgia Southern University. Her research focuses on the history of printing and the book, political culture, and labor in Latin America, and has been published in the Hispanic American Historical Review and in her book, Ink under the Fingernails: Printing Politics in Nineteenth-Century Mexico (University of California Press, 2021). Trained as a letterpress printer, she is a senior fellow in the Andrew W. Mellon Society of Fellows in Critical Bibliography at the Rare Book School and a member of the Seminario Interdisciplinario de Bibliología at the Instituto de Investigaciones Bibliográficas, Universidad Nacional Autónoma de México.

Celso Thomas Castilho is an associate professor of history at Vanderbilt University, and has been elected incoming vice-president and president of CLAH (2022-2023). He completed graduate school at UC Berkeley, where he began work on slavery and abolition in Brazil; other research interests include the public sphere, literary culture, and Afro-diasporic thought. Following a prize-winning first book on abolition and citizenship, his current projects include a study of the circulation of Uncle Tom’s Cabinin Latin America, and an intellectual and cultural history of the Black press in the nineteenth century. His collaborative work includes co-editing a special issue of Historia Mexicana (2019) on the Spanish American abolitions, which followed a 2015 volume on Brazilian abolition and post-emancipation called, Tornando-se Livre: Agentes históricos e lutas sociais no processo da abolição. His latest co-edited volume, Press, Power, and Culture in Imperial Brazil is due out this summer through the University of New Press.