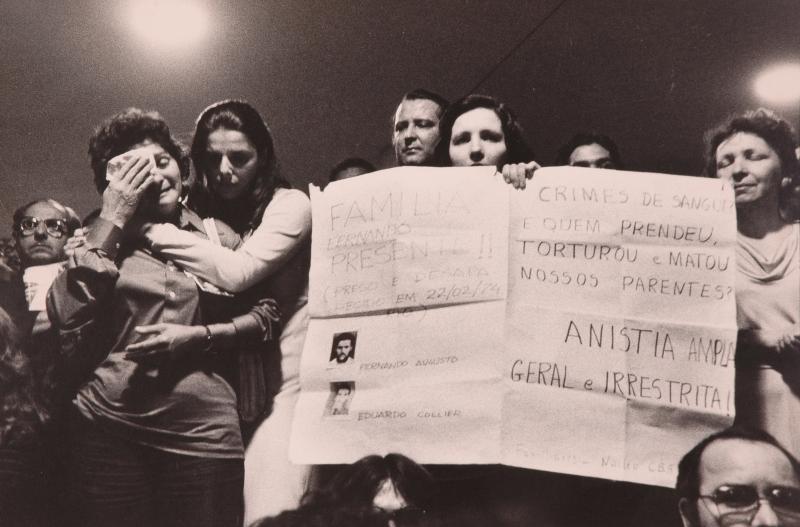 The amnesty movement in Brazil at the National Congress in Brasilia 1978. Photo by Milton Guran

Ana Maria Mauad is a Full Professor at the Fluminense Federal University, where she is also a researcher at the Laboratory of Oral History and Image (LABHOI) and serves as the coordinator of the History Graduate Program (since 2013). She has been a senior research fellow at the National Council for Scientific and Technological Development (CNPq) since 1996, a “Fellow Researcher of the State of Rio de Janeiro”  since 2013 and Celso Furtado Visiting Fellow at St. John’s College, Cambridge University for the year 2018. She has coordinated several collective projects with the participation of professors and researchers from different universities from Brazil and abroad, and has directed numerous doctoral dissertations, master’s thesis, and undergraduate research projects. The author of dozens of articles and essays, as well as the autor/editor of several books, Mauad’s current research work focuses on the concept of public photography.  Recent publications: “Que História Pública Queremos?/ What Public History Do We Want?” (with Ricardo Santhiago and Viviane Borges) (Letra & Voz, 2018); “Fotograficamente Rio: a cidade e seus temas” (FAPERJ/LABHOI, 2016); “História Oral e Mídias” (Letra & Voz, 2016); “História Pública no Brasil: Sentidos e Itinerários” (with Ricardo Santhiago and Juniele Rabelo) (Letra & Voz, 2016); “ Fotografia e Historia en America Latina” (with John Mraz) (CdF, 2015)