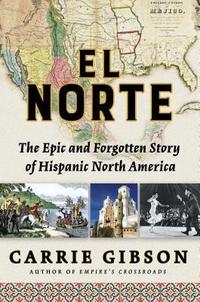 Carrie Gibson received her PhD from Cambridge in 2011 where her thesis focused on the impact of the Haitian Revolution on the Spanish Caribbean islands. Since then, she has been working independently, publishing Empire’s Crossroads: A History of the Caribbean from Columbus to the Present Day (Pan Macmillan) in 2014 and working on other history-related projects. She has just published El Norte: The Epic and Forgotten Story of Hispanic North America.