LAC History Seminar Series: South to Freedom: Runaway Slaves to Mexico and the Road to the Civil War 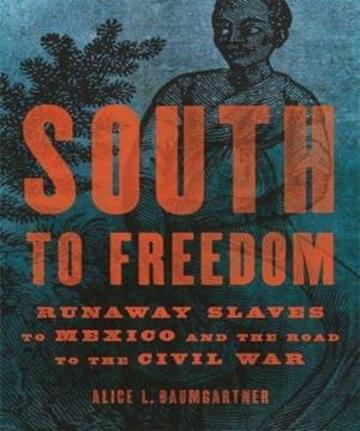 Alice Baumgartner received her Ph.D. from Yale University in 2018. Her book South to Freedom uses the story of American slaves who escaped to Mexico during the nineteenth century as a lens for understanding Mexico’s rise as an antislavery republic and its overlooked significance to the United States. Baumgartner received a B.A. in History from Yale University and an M.Phil in Latin American Studies from the University of Oxford where she was a Rhodes Scholar. Her 2015 article in the Journal of American History, “‘The Line of Positive Safety’: Borders and Boundaries in the Lower Rio Grande Valley, 1848-1880,” won the Louis Pelzer Award from the Organization of American Historians and the Bolton-Cutter Prize from the Western History Association.

Raphael Folsom, at the University of Oklahoma, is a scholar of colonial Latin America, focusing on native peoples and imperial borderlands in New Spain. He is the author of The Yaquis & The Empire: Violence, Spanish Imperial Power, and Native Resilience in Colonial Mexico (Yale University Press, 2014).  He is currently at work on two new books: Mestizo Empire, A New History of the Chichimeca War, 1540-1610, and Frontiers of Mexican History, A New History of Mexico from Earliest Times (under contract with Oxford University Press).  Professor Folsom received his doctorate from Yale University.