Democracy Under Siege: Human Rights, Race, and Gender in the 21st century's Brazil 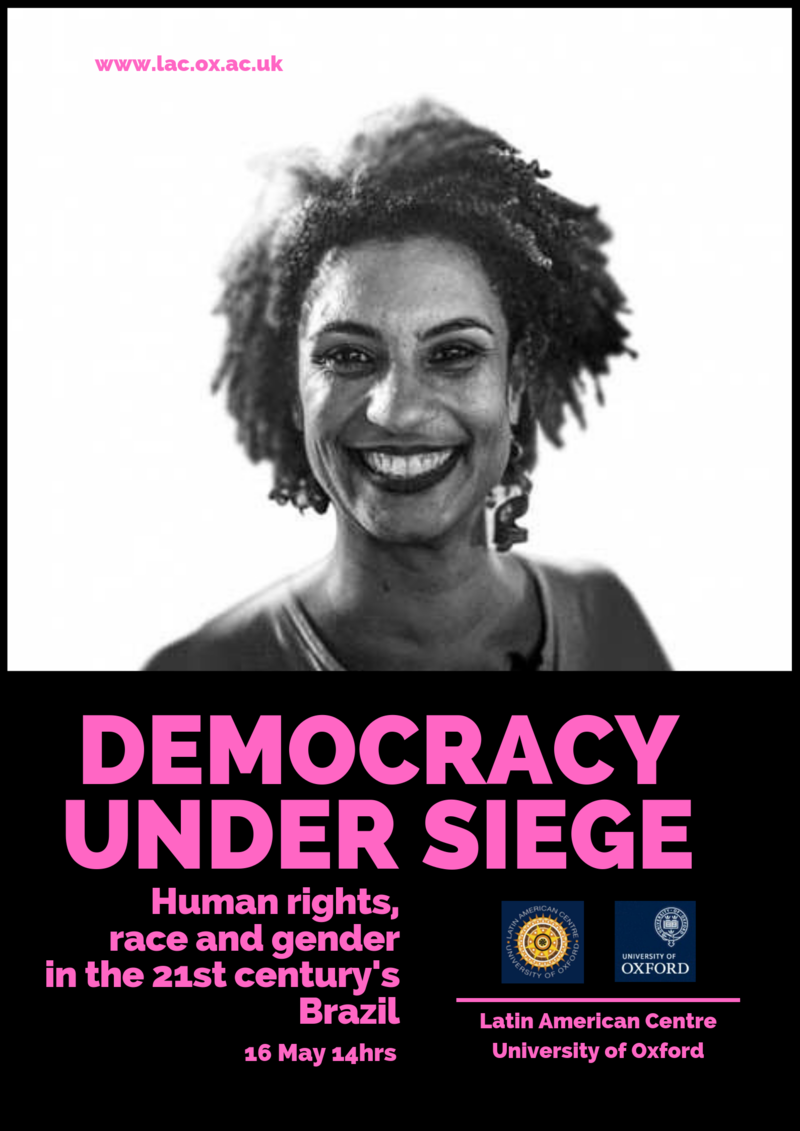 On the night of March 14th of 2018, Marielle Franco, a young Brazilian leader serving as councilor of Rio de Janeiro city, was cruelly executed. One year later, two former military policemen were arrested and accused of the murder of Franco, both connected with paramilitaries groups, known in Brazil as milícias.

Black, feminist, and lesbian, Franco was raised in Maré, one of the biggest slums of Rio de Janeiro. Over her life, she has fought for human rights, denouncing the policial brutality and extrajudicial killings committed against black and poor populations.

The execution of Marielle Franco, one of the new faces of progressive politics in Brazil, has provoked a massive reaction, a movement that also sheds light on the normality of the violence against black, poor, women and LGBT people, those who Franco wanted to represent, as well as on the vulnerability of human rights activists in Brazil. In its turn, the new conservative forces of the country took her image as a privileged target of attacks.

The panel takes the case as a pathway to discuss the challenges that violence sets to democracy and as a mirror to the recent redesign of the political struggle in Brazil. Looking at the murder of Marielle Franco, the uncertainties sounding its investigation, and the controversies over her image, the debate focus on the centrality that issues of human rights, race and gender have taken in this process.

The event will be in Portuguese.