US Hegemony and the Americas

US Hegemony and the Americas: Power, Economic Statecraft and International Relations 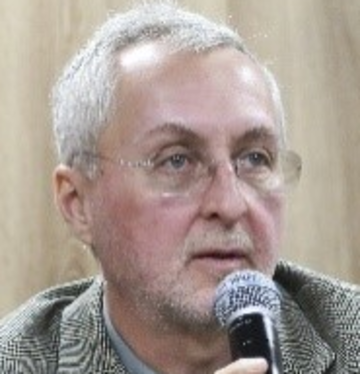 For over four decades now, scholars and the media have been discussing the ebb and flow of US hegemony. First in the context of the Nixon Shock and the oil crisis, talk about US decline mushroomed; a decade later, with the retreat and eventual demise of the Soviet Union, the discussion shifted in the opposite direction: Washington was presented as the New Rome. Around the turn of the millennium, with the emergence of the BRICs in general, and China in particular, the debate shifted back again.

The pendular nature of the discussion on US hegemony has evinced both a shifting focus of the issue with regards to the areas under consideration, and, more importantly, an erratic conception of the concept that underlies it: power. Different definitions and parameters of it have been used, which makes evaluating competing claims difficult. Basically, two broad understandings of power have been (more or less explicitly) advanced: one conceives of it as a property; the other one regards power as a social relation. Careful consideration of the alternative understandings of power, as well as a consistent use of the term in a clearly demarcated issue area, should shed some light on the changing position of the United States in the international system. As suggested above, three distinct phases on the debate of US hegemony can be distinguished: 1971–1989, that is, from what was considered to be the end of the Bretton Woods system to the end of the Cold War; 1990–2000, which corresponds to the interregnum or “unipolar moment,” and 2001–2016, a period that stretches from the alleged “rise” of China (as symbolized by its entrance into the World Trade Organization), and (practically) until the end of the Obama era in Washington.

My book centers the analysis in what would be a critical case for the exercise of US hegemony: the Americas—its historical zone of influence. The rationale for the regional focus is methodological: if it can be shown that Washington’s sway has decreased in the area since the early 1970s, when the discussion about this matter started, it can be safely assumed that the same has occurred in other latitudes. The analysis focuses on three regions: North America, Central America and South America. Since each region contains countries that have at times maintained very different relationships with the United States, the findings should contribute to a better understanding of US power in the sub-region in question, adding greater variability to the overall results.

The analysis centers on the economic relationship between the United States and the hemispheric countries under study. The economy is a field that sits between matters traditionally considered the realm of hard power and/or high politics, such as security, about which sociologically oriented approaches and conceptions of power usually say little, and soft power and/or low politics, such as diplomacy or normative change, on which mainstream theories have shown little interest. Since both approaches have something to contribute to the debate on the economy as a power arena, it should serve as meeting place for them. In order to further specify the concept of power and operationalize it, the focus will be on economic statecraft, understood not only as a repertoire of tools to which policymakers resort to exercise power, but also as a more structural component, related to the identity of the power wielder, i.e., the United

States. The aim is to “thicken” the concept of economic statecraft, looking at it as a deeply embedded and quotidian social practice that is not limited to the use of special techniques in extraordinary circumstances.

The book is divided into eight chapters (plus a concluding one). The first half deals mainly with conceptual and historical matters, while the second presents analytical narratives of the empirical cases. Chapter 1 reviews the debate on the decline of US hegemony. In order to contextualize the academic discussion, the chapter also looks at the initial conditions around which the debate has revolved, and considers the means through which Washington achieved hegemonic status in the aftermath of World War II. The previous considerations serve to re-examine the phases the debate in question has gone through since the 1970s; the argument focuses on the Western Hemisphere, and particularly on Latin America, in order to introduce the analytical debate to the region this work is concerned with. A final section frames the overall discussion in terms of anarchy versus hierarchy, contending that the underlying theme in the various stages of the debate is the type of order that exists in international politics.

Chapter 2 develops the nature of hierarchical regional orders, focusing on the Western Hemisphere. It elaborates on the significance of regions in world politics, and then focuses on the workings of hierarchical relations in the Americas, considering the cases of Canada and Latin America separately. Chapter 3 offers an examination of the concept of power, as it underlies the idea of hegemony and is pervasive both in the specialized field of International Relations (IR), and in Political Science in general. It reviews different understandings of power used in the discipline, and advocates the adoption of a social relational one. The chapter discusses the notion of power as an attribute, then takes on the understanding of power as a relation, in both its “thin” and “thick” variants, and deals with the operationalization issues that come about when doing power-centered empirical analysis.

Chapter 4 concludes the analytical section of the book. It is about thick economic statecraft and the political economy of US power. It connects the previous discussion on the concept of power to its actual exercise in the economic realm; the purpose here is to display a sphere where diverse theoretical understandings of power can partially converge, and thus have a more focused discussion on the matter of how US power has waxed and waned during the last five decades in the Western Hemisphere. The chapter starts by focusing on economic statecraft as an academic field—making the case for what I

Chapter 5, the first of the four empirical chapters, is also the first of the two devoted to the North American region; the rationale for having two chapters on the immediate vicinity of the United States is that Canada and México have the most intense relationship with it and, therefore, figure more prominently in its economic statecraft—arguably even receiving differentiated treatment. The chapter reviews some aspects of United States’ economic statecraft toward Canada since the early 1970s; it is divided into the three sub-periods noted before (1971–1989, 1990–2000, 2001–2016), and covers both tranquil economic relations as well as the more contentious moments in the Canada–United

States political economy. Amid the instances reviewed here are Washington’s reaction to Ottawa’s nationalist economic policies in the 1970s, the negotiation of the bilateral free trade agreement in the 1980s, the normalcy of economic relations in the 1990s, and the more confrontational cases of softwood lumber and the Keystone pipeline.

Chapter 6 considers United States’ economic statecraft toward México in an analogous fashion. The chapter is likewise divided into the three noted subperiods, covering both regular and critical economic interactions. Among the cases reviewed are Washington’s reaction to México’s first attempt at GATT membership in the late 1970s, the negotiations leading to the North American Free Trade Agreement (NAFTA) in the early 1990s, and the discussions regarding cross-border trucking access in the first decade and a half of this century.

Chapter 7 deals with United States’ statecraft toward Central America; the Colossus of the North has established a sort of patron–client relationship with the countries of the region, which has largely been treated by it as a unit. Like the previous chapters, it is divided into three sections, each corresponding to one of the established sub-periods. Among other subjects, the chapter reviews Washington’s policy of economic coercion toward Sandinista Nicaragua, the creation of the one-way free trade program known as Caribbean Basin Initiative (CBI), the subdued foreign economic policy toward the region in the 1990s, and the negotiations leading to the Dominican Republic–Central America Free Trade Agreement (DR-CAFTA).

Chapter 8, in turn, covers United States’ statecraft toward South America. Historically not at the center of Washington’s priorities, the region has nevertheless fallen within Washington’s premise of hemispheric hegemony. This chapter is also partitioned into three sections, each corresponding to one of the above-mentioned sub-periods. The chapter deals with US foreign economic policy toward Chile during the administration of Salvador Allende; Washington’s response to the debt crisis of the 1980s, particularly its reaction to the challenge on the matter presented by Peruvian president Alan García; the passage of the Andean Trade Promotion Act (ATPA), also a one-way free trade program; the establishment of the free trade agreement with Chile; the response to the Argentinian crisis of the early 2000s, and the relationship with Brazil in the context of the negotiation of the Free Trade Area of the Americas (FTAA).

Although the empirical chapters focus on the exercise of US economic statecraft toward the countries of the Americas, the analytical narratives presented in them also point to a wider context and claims in which the economic relationship was embedded; the reason for this is to make the broader, relational and social components that allow economic statecraft to be an arena of power relations explicit. In the concluding chapter, I revisit the exercise of US power through its foreign economic policy in the different countries and regions covered in the analytical narratives in each of the three sub-periods; I go back to the discussion on the nature of power, regional orders and economic statecraft, and, finally, I ponder on the prospects of US hegemony since Donald Trump’s arrival into the White House. I posit that it is unlikely that the international hierarchical order will remain being led by the United States. The next president might manage to regain some of the influence it lost during the Trump years, but that would hardly suffice to place it back at the top of the power pyramid. The damage done to US credibility is probably insurmountable.