The Scientific Imaginary in Latin America 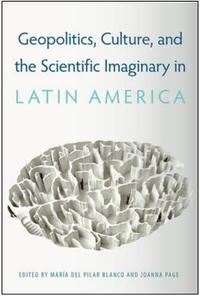 Challenging the common view that Latin America has lagged behind Europe and North America in the global history of science, this volume reveals that the region has long been a centre for scientific innovation and imagination. It highlights the important relationship among science, politics, and culture in Latin American history.

Scholars from a variety of fields including literature, sociology, and geography bring to light many of the cultural exchanges that have produced and spread scientific knowledge from the early colonial period to the present day. Among many topics, these essays describe ideas on health and anatomy in a medical text from sixteenth-century Mexico, how fossil discoveries in Patagonia inspired new interpretations of the South American landscape, and how Argentinian physicist Rolando García influenced climate change research and the field of epistemology.

Through its interdisciplinary approach, Geopolitics, Culture, and the Scientific Imaginary in Latin America shows that such scientific advancements fuelled a series of visionary utopian projects throughout the region, as countries grappling with the legacy of colonialism sought to modernize and to build national and regional identities.

Click here to have an overview of the book