Juanita León, Director of La Silla Vacia, new Academic Visitor at the LAC, reflects on her time in St Antony’s

Being a political journalist in Colombia (or México, Venezuela or Brazil for that matter) means that you don´t have much time to think about what you do. All your mental energy goes into trying to understand and convey the everyday deluge of events that you are covering. That’s why being an Academic Visitor at Oxford this year has been such a rewarding experience: it has provided me with more perspective on current trends in the relationship between journalism and politics. 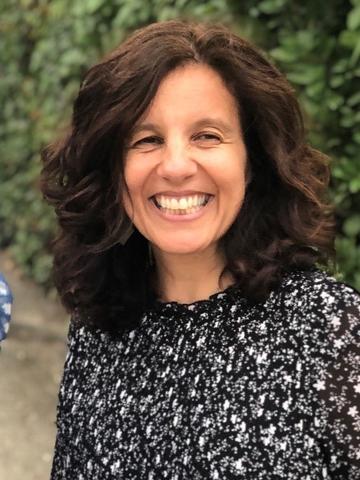 I have spent this year going over the coverage of La Silla Vacía, the political news site that I founded 10 years ago, and reading into academic discussions to develop a more comprehensive picture of how social media has changed politics and political journalism in Colombia.

The internet has disrupted politics and journalism all over the world. Nonetheless, it has been interesting to think about it from a local perspective, and consider it in dialogue with international events.

When we created La Silla Vacía in 2009, Facebook had launched in Spanish only months before. Just one year later, this platform had a tremendous impact in the 2010 presidential elections when “La Ola Verde” propelled independent candidate Antanas Mockus to the second round of voting, defying the political establishment. Mockus was successful on the internet for precisely the same reasons that he failed on TV.  His crowd-sourced 2.0 campaign, which followed in the footsteps of Obama’s in 2008, proved that in the era of the internet, politics as usual would no longer be sufficient for electoral success.

Juan Manuel Santos managed to learn this lesson in time to be elected President, but then had to come to terms with the fact that the newspaper, TV and radio directors with whom he had long shared a close relationship only dominated part of the public conversation. From Twitter, his predecessor turned rival Álvaro Uribe mounted a highly effective opposition campaign, using this platform to communicate hourly with his more than 4 million followers.

With Whatsapp, things have changed even more drastically, since a big chunk of the political conversation has now gone under the radar of the media and politicians. For example, in his recent visit to Oxford, ex-president Santos blamed fake news circulated via Whatsapp for his defeat in the plebiscite over the peace deal.

Social media has also provoked deep changes in Colombian journalism. In the last decade, social media not only went from being a distribution channel for traditional media outlets to being (in many cases) its agenda-setter, but it has also undermined the traditional media’s authority as the gatekeepers of information.  Now there is no gate to keep! On top of that, journalists are being held accountable not only for what they publish, but also for what they don’t publish, as the recent scandal of Semana magazine showed, when it became public that it had withheld for three months an investigation into the Army- eventually published by The New York Times.

Having had the time in Oxford to read about and better understand these transformations, to discuss them with colleagues, and to consider what they mean for me as media director, and for La Silla Vacía, has been a great privilege. I hope to be able to share these ideas in more depth once I publish my book next year.