The politics of Memory: Urban Cultural Heritage in Brazil

How does a nation create hegemonic narratives of the past and erase the inconveniences and embarrassments of its history? Who decides which monuments are to be created and which others must fall? In my book, I discuss how nation-states use the city fabric to showcase a past. I also discuss how memories that are not officially represented in museums, street names, and commemorations are not always forgotten but may linger in everyday stories and resurface 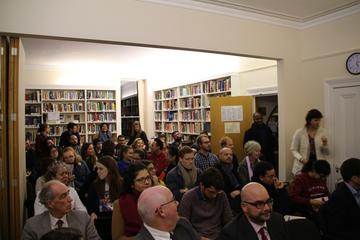 A full LAC room for the Book Launch

On the 19th of November 2019, I launched my book at the Latin American Centre. On that occasion, I presented some of my research results, which focussed on unpacking Brazil’s 20th century memory making. The creation of a sense of “Brazilianess” was instrumental for Vargas’ administration. In a country with great regional, racial, gender, and economic disparities, to find a common external enemy was a way to unify the nation. National inequalities were nuanced and downplayed by the emphasis on the colonial enemy. The early 20th century Brazil reconstructed previous centuries by retrospectively assigning meaning to colonial architecture – the creativity of Brazilian artists – and to independence movements. National heroes were created and celebrated in official parades as well as monuments. Ouro Preto is a city like no other in Brazil for my examination. The stage for Brazil’s most important plot against the Portuguese, Minas Gerais Conspiracy (1789), and hailed as a UNESCO heritage site since the 1980s, I examined that city to discuss how colonial memories gained a new narrative in Republican Brazil. I also discussed how current residents in Ouro Preto, the majority black and mixed-race, have resisted narratives that exclude rather than include them. Citizens have been materially excluded from the city. The historical quarters cater mainly for a temporary public of tourists because preservation also meant increasing prices and houses are unaffordable for locals. Permanent residents live in improvised houses on the slope of hills. These residents are also excluded from the narrative of the city. When focussing on the struggle against the Portuguese, Ouro Preto celebrates a Brazilian-born elite. Slaves, that were no less than 80% of the colonial population, are only represented in torture objects in museums or in religious unofficial stories in former gold mines. This exclusion means that people turn against this national monument instead of engaging with and protecting it. I turn to the final aspect of the book, how governments can make the city, which aimed for identity and inclusion, locally recognised? Participation was the answer in Ouro Preto. 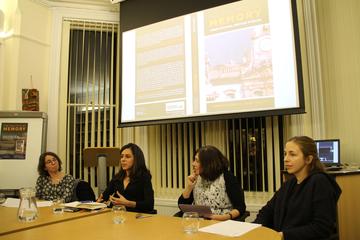 (from the left to the Right): Elizabeth, Andreza, Sandra and Katerina

In my ethnography, I narrate how participatory meetings hoped to aggregate new meanings and uses for monuments. I also discuss the limits of such encounters, which give all participants an opportunity to voice concerns, but do not equally empower people to speak up publicly. I conclude that civil opportunities wrapped in socio-economic inequality achieve little. Silencing in meetings can be less costly than confronting established powers in town.

I discussed the results of my research with Professor Elizabeth Ewart, Oxford Anthropology; Professor Sandra Jovchelovitch, Psychology LSE, and Dr Katerina Hatzikidi, Graduate Institute of Geneva. The choice of commentators gave traction to a discussion on how history, anthropology and psychology meet to discuss how societies remember. Brazil’s future requires an urgent discussion about the role of its past. When images of the past are cherry-picked but presented as a coherent and encompassing narrative, there is little space for questioning. The lack of official memory on Brazil’s violence (whether on indigenous people, slaves, or during the military regime) liberates a continuous sense of injustice. In addition, the idea of Brazilians vs. Colonisers creates a false duality that can be easily re-used. Polarisation is reaching a crescendo in the country but history is hardly ever a game of victims and perpetrators. Ethnography is a powerful tool to shed light into the complexities of history. This tool is ever more needed as the future of democracy in Brazil rests on confronting a lot of its past. 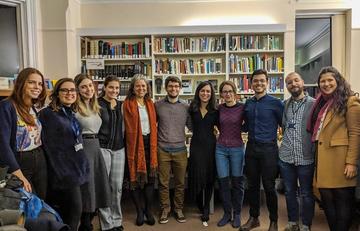