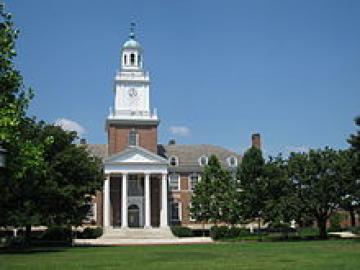 Hosted by the Faculty of History, Professor Eduardo Posada-Carbó gave the 2017 Stulman Lecture at the Johns Hopkins University in Baltimore on 6th April.  His lecture, ‘Revolutionary elections in the Americas, 1800-1910’, focused on the relationship between contentious elections and civil conflict.  In particular, he examined the question: why did some elections evolve into civil wars and others did not.   To addressed the question, he compared and contrasted  key electoral episodes in Colombia, the United States, Chile and Mexico from interdisciplinary perspectives.  The lecture was partly based on the current book he is co-editing with Professor Andrew Robertson (Cuny, New York), the Oxford Handbook of Revolutionary Elections in the Americas, 1800-1910, to be published by OUP next year.