“Someone has to be the First”: Tracing Uruguay’s Marijuana Legalisation Through Counterfactuals 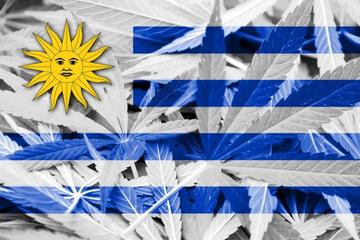 The article “’Someone has to be the First’: Tracing Uruguay’s Cannabis Reform Process through Counterfactuals” explores why Uruguay became the first country in the world to legally regulate cannabis in 2013, despite public rejection and international drug prohibition. Using process tracing and counterfactual analysis, the article carefully assesses rivalling explanatory accounts and clarifies causal contributions of distinct causal factors, presenting the fullest explanation of both the process and outcome of Uruguay’s marijuana legalization to date.

The article’s analysis reveals how political will and social mobilization interacted and what they contributed to the success of cannabis reform in Uruguay. On the one hand, president Mujica played a central role, putting comprehensive cannabis reform on the political agenda and ensuring the reform bill’s passage. On the other hand, activists kept the issue on the political agenda and influenced the content of cannabis reform, capable to exert influence because key decision makers perceived their support as vital for the viability of marijuana legalization in a context of widespread popular rejection. The article not only shows that both high-politics and grassroots efforts were individually necessary and only jointly sufficient, but also why each influenced cannabis reform in Uruguay.

In elucidating why Uruguay legalized marijuana, the article makes a three-fold contribution. First, by exploring and explaining Uruguay’s cannabis reform, the article shows that an alternative approach to addressing drug violence in Latin America is possible. Second, by answering still-open questions about marijuana legalization, the article advances knowledge about the most important instance of drug policy reform in Latin America to date. Third, and more broadly, by clarifying the role of both political will and social mobilization in reform processes, the article contributes to theoretical debates about the determinants of policy change.

Jonas von Hoffmann is currently a DPhil candidate in Politics at DPIR in Oxford, after completing his MPhil in Latin American Studies at the Latin American Centre.