Pablo Piccato outlines his brief history of violence in Mexico 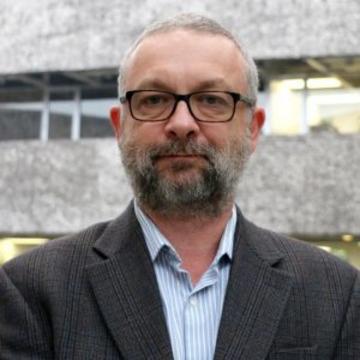 The seminar I presented at the Latin American Centre was a rare opportunity to test an ongoing project in front of an engaged and knowledgeable audience. The idea is to write a history of violence in twentieth-century Mexico for general readers. This comes with certain risks, the main one being the widely but uncritically accepted idea that Mexico is essentially a violent country. How to distinguish the clear evidence of violence in some regions of the country, particularly in the last fifteen years or so, from the generalization of a "Mexican violence"? I proposed an historical approach based on the idea that violence is always contingent on social, political and technological factors. In this perspective, the history of the twentieth century in the country can be narrated in chapters that distinguish different types of violence. The revolution that started in 1910 is the starting point, not only because caused a broad civil conflict with large numbers of casualties, but also because it inherited weapons, ideological platforms and a new sense of popular agency to the consolidation of a stable regime in subsequent decades. Thus, agrarian, religious and the semi-criminal practices of pistoleros cannot be understood without the legacy of the revolution, but need to be distinguished analytically from the revolutionary violence itself. These three forms of violence were highly visible up to the mid century, if not beyond, and they caused the perception that in Mexico politics was always a violent undertaking. Recent historiography has demonstrated that the regime of one-party hegemony that dominated the state until the end of the century was stable but did also rely on the targeted use of violence by the armed forces and other, more autonomous actors like the caciques.

Violence took other forms that could not be defined as political in the same way as those mentioned above. Everyday crime was a cause of concern for all the population, even as homicide rates decreased during the middle decades of the century. We know less about a specific but widespread form of violence, shaped by gender difference. It is clear, nevertheless, that gender violence, though underreported, was an aspect of life for many women and minors, and that had a high social cost that reinforced inequality. Revolutionary guerrilla movements and the counterinsurgency strategies of state actors were a latent aspect of politics since the 1960s. Although the victims of death squads, disappearance and torture may have been fewer than in contemporaneous South American military regimes, the confrontation left a double, contradictory legacy: while most of the left accepted the failure of the strategy and decided to participate in the electoral system, police and military units tasked with the repression of guerrilleros degenerated into corrupt and unaccountable niches within the state, and continued to exercise a negative influence even after the defeat of any threat of armed revolution. The last part of this history will examine how the expansion of the drug-trafficking business and the government's choice to frame its approach through criminalization and militarization contributed to the kind of violence that we see today. This violence is no longer subordinated to drug production and enforcement, but has branched out into different kinds of illegality that rely on the expertise and weaponry of violent actors. A historical perspective can help understand why established state approaches have not been successful, and how multiple process and actors have to be considered to understand the causes of the present situation. As usual, a historical approach will not offer a simple solution but at least could provide a more balanced perspective. The questions from the audience, coming from different disciplinary perspectives, made me think that the project could be useful and resonate with contemporary discussion of these urgent topics.