On the evening of September 2, 2018, Museu Nacional, the most ancient scientific Brazilian institution, burnt down as a result of successive decades of neglect of the country authorities. Documents and artefacts fundamental to the history of Brazil, especially of indigenous and black people, as well as collections that expressed our biodiversity wealth, were reduced to ashes in a matter of hours, an immeasurable loss for Brazilians and for humanity as a whole. It is not just about a dead past, but about our future: when we lost the record of what we were, we lost a part of what we could be.

As a gesture of solidarity and recognition of Museu’s importance, the University of Oxford, in an initiative led by the Brazilian Studies Programme at the Latin American Centre (LAC) in collaboration with the School of Anthropology & Museum of Ethnography (SAME), offered a recognized student position to a PhD candidate of the Programa de Pós Graduação em Antropologia Social (PPGAS) from Museu Nacional. I applied and was selected for this fortunate opportunity, given that, as a consequence of that announced tragedy, the PPGAS has lost its library (one of the biggest anthropology library of Latin America) and is functioning precariously without any basic infrastructure.

Over the last two years, I have carried out ethnographic research with social movements from Rio de Janeiro’s slums, focused on state policies and forms of action of these movements. Now, in the stage of writing up, I came to Oxford to profit from the contact with lectures, seminars, and academic community, as well as University libraries, in the hope that my work may be a small but significant step on the long way of reinventing what the fire has devoured.

Jeferson Scabio is a recognised student at the Latin American Centre, University of Oxford, from January 2019 to June 2019. He is co-supervised by Dr Andreza A. de Souza Santos and Professor Elizabeth Ewart. To know more about the collaboration between Oxford and the Museu, please get in touch by email: andreza.desouzasantos@lac.ox.ac.uk 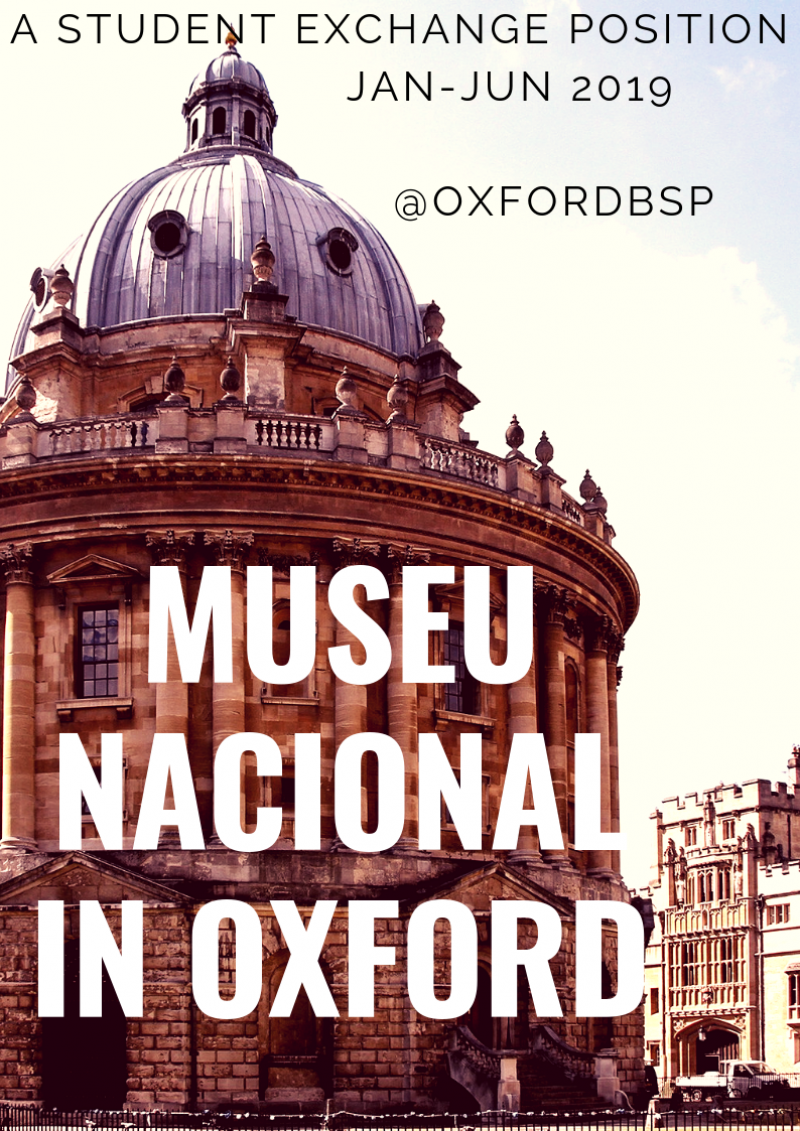