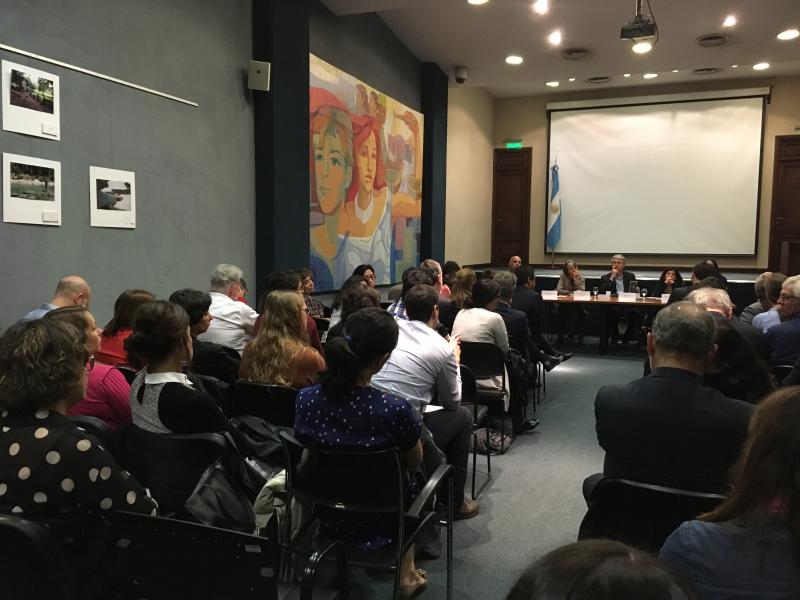 This newly released policy brief discusses the experiences of institutional and civil society actors involved in the elucidation of crimes against humanity in South America. It also identifies strategies to be implemented to deepen investigations into past crimes. The brief is one of the main outputs of Dr Lessa’s current research project entitled “Operation Condor: Accountability for Transnational Crimes in South America,” funded from the European Union’s Horizon 2020 research and innovation programme under the Marie Skłodowska-Curie grant agreement no. 702004.

The publication of this brief comes at a critical juncture in the region. As conservative governments return to South America, accountability for human rights violations –both past and present- is increasingly under threat. The brief identifies crucial priorities and strategies to guide investigations of past atrocities in the near future.

Three decades after the return of democracy, responding to the crimes of the recent past remains a largely unresolved matter in South America. This policy brief is based on a long-term study, begun in 2015, of accountability policies in this region. It also draws upon the discussion and knowledge exchange held during the workshop “Investigating Crimes against Humanity in South America: Present and Future Challenges,” organised in Buenos Aires in May 2018, which brought together over 100 experts, lawyers, public prosecutors, and human rights activists from Argentina, Brazil, Chile, Paraguay and Uruguay. The brief summarises the main challenges and difficulties associated with investigating crimes against humanity in South America. Furthermore, it identifies five short-term priorities that should guide investigations in the near future:

1 Investigating crimes against humanity must be a public policy, fully undertaken and endorsed by the three branches of government;

2 Crimes against humanity should not be examined as isolated incidents but, rather, as patterns of atrocities that were systematic and state-sponsored;

4 States must enact comprehensive policies to locate and identify victims of enforced disappearances;

The brief is available in English, Spanish, and Portuguese.

This project is funded from the European Union’s Horizon 2020 research and innovation programme under the Marie Skłodowska-Curie grant agreement no. 702004.