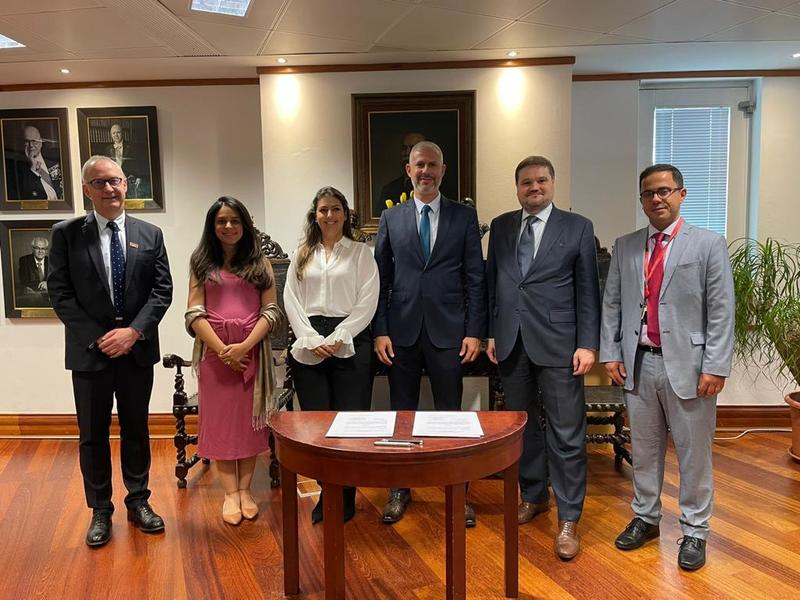 In the picture: Representatives of UCL, University of Oxford (Dr Andreza A de Souza Santos), CAPES, the Brazilian Minister of Education, the Brazilian Embassy in the UK, and KCL

The Minister of Education, Victor Godoy, announced the relaunch of the Cátedra do Brasil Program in the United Kingdom. The head of the Ministry of Education (MEC), accompanied by secretaries, advisors and the director of International Relations of the Coordination for the Improvement of Higher Education Personnel (CAPES), Lívia Palumbo, signed a declaration of intent with English universities in London. The last chair in the country was in 2018.

The Program aims to send professors, researchers, intellectuals, and public policy makers abroad. In addition, it assists in the dissemination of Brazilian culture and science in the United Kingdom. CAPES grants scholarships to participating Brazilians.

According to Godoy, the measure aims to ensure the Brazilian presence in privileged platforms for the production and dissemination of knowledge about Brazil in a country that is recognized as a global centre of academic excellence.

The director of International Relations at CAPES, Lívia Palumbo, explained how the negotiations will work. “From the agreement signed, CAPES will hold virtual meetings with representatives of the four universities to define the specific areas of activity for Brazilian professors. Official documents are already being prepared so that we can send the call notices”, she highlighted.

For the full version in Portuguese please visit: https://www.gov.br/capes/pt-br/assuntos/noticias/mec-vai-retomar-program...