In 2009 I arrived in Oxford to start a Master’s program at the LAC after graduating with a Bachelor’s degree in Germany. I wanted to focus on Brazilian Studies under the guidance of Timothy Power, but my weak English skills almost prevented me from joining the program as I struggled to achieve the required TOEFL test score. When I finally received the acceptance letter and a scholarship from the DAAD, I was filled with pride and joy but also intimidated by the grandeur of this historical city. 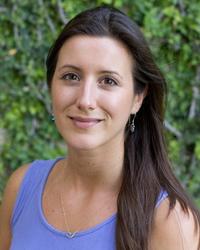 I was born in Poland, grew up in Greece and Germany, and temporarily moved to Brazil when I was seventeen (no, my parents were not diplomats). Before Oxford, I interned for an NGO in Rio de Janeiro, evaluating the NGO’s impact in favelas, prisons, and mental health institutes. It was during that time that I got trapped in a shootout between drug traffickers and the police, an experience that motivated me to study the Brazilian police.

The the two years I spent at the LAC and as social secretary for St. Cross College were filled with challenges, visions, and incredible experiences on an academic and personal level. My biggest embarrassment was showing up at the wrong exam. I was flustered, my cape was drenched from the rain, and in the end, I almost failed the exam in Brazilian politics – my supposed expertise… My professors, mainly Tim Power and Leigh Payne, explored different methodologies and research approaches with me, which eventually lead me to the discipline of Anthropology. A year later, after conducting months of intensive fieldwork with the Pacification Police Units in Rio de Janeiro, I turned in a thesis I was genuinely proud of. It was the warmth of the LAC and the St. Cross College community that helped me not feel out of place, and overcome doubt.

The support and the interdisciplinary emphasis of the LAC are, in my opinion, the most valuable resources offered to students. These features enable a rich discourse, and helps teach students to move confidently between different scholarly frameworks, be it political science, sociology, history, economy, or anthropology. I am very thankful to Leigh Payne, who motivated me to pursue a Ph.D. in the United States. I believe that my time at Oxford gave me the strength and determination to push through my advisor’s death, tasking fieldwork, and a tough academic job market. In 2018, I graduated with a Ph.D. in Anthropology and started my dream job as a tenure track Assistant Professor at the John Jay College of Criminal Justice in New York City. The MPhil became the starting point for my career that I would have never considered possible if not for the LAC.