I can still remember my first tutorial: “What did the Mexican Revolution do for the peasants?” As with most tutorials, it involved a simple question with a far less simple answer. This went something along the lines of “not a lot, it was not much of a revolution”, which then raised the questions; “so, what was it then, and what did it accomplish?” The most interesting part of the tutorial, however, came later when I mentioned that I was going to London that evening for some Mexican food, to which my tutor replied, “Isn’t that nothing more than peasant food?” Once again, a simple question with a complex answer had been posed, and another lively discussion followed. 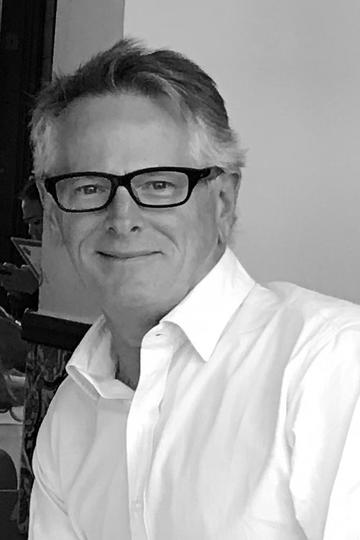 Life at college started easy enough. The food at St Antony’s was known to be relatively good, and it turned out that this was the case. The LAC was located conveniently nearby. I was rowing for the nascent college boat club and my pool and table tennis skills were advancing rapidly. But I was taken aback when I learned that items from the college cellar could be included in one’s battels, something I subsequently had to hide from my sponsors. I was very pleased that most of the books I needed could be accessed at the lower level of the Radcliffe Camera. The lower level had wonderful lighting, looked out to All Souls, was right next to “stacks”, and was much warmer than the upper levels. It was by far the best reading space in Oxford.

By the second year, I was well adjusted to college life. I was one of five young scholars who met every Thursday evening to “exchange ideas” across Woodstock Road at the White Horse, one of England’s lesser pubs, which sadly is no longer there. I was happy running though Wytham Woods every other day and it had become known that I was the man to beat at pool and table tennis.

One of my most memorable tutorials was with another professor and concerned the Latin American Wars of Independence, with particular emphasis on “el gran libertador”, Simón Bolívar. The topic concerned the endless marching and fighting through the jungles of what was to become Gran Colombia, and whether the struggle was just for glory’s sake. After three hours of riveting exposé of what kind of men these soldiers were and the hardship they endured, my professor ascended a ladder to the top shelf of his library and unsheathed the largest bayoneted musket I had ever seen. Watching him awkwardly lunging about with the weapon in what were relatively close quarters, I suddenly realised he was, whether consciously or not, providing a perfect illustration of the point he had been making for the past three hours. It was not just for glory, but for the territory and, in my particular case, staying away from the end of a bayonet.

I left St Antony’s to join an investment bank in the City, beginning a long career in the financial markets that has taken me to several countries. Most recently, I have been managing money for a large Swiss pension fund. Before leaving St Antony’s, I spoke to the first professor cited above about my intended career plans.  He asked me, “Why, isn’t investment banking nothing more than buying cheap and selling dear?” Here was another excellent tutorial topic and a question I always ask job candidates. The problem is, what often seems too high and risky to the majority generally goes higher, and what seems low and cheap generally goes lower. Financial markets have fascinated me since the first day I stepped onto a bank trading-floor. People often ask if I have been able to apply anything I learned while at St Antony’s. The short answer is: yes, the ability to think critically. Success in financial markets is about analysis, not forecasting. There are no easy right or wrong answers. Markets are in a constant state of uncertainty and flux and money is made by discounting the obvious and betting on the unexpected, what Bastiat referred to as “That which is seen and what is not seen”.

I wish to express my gratitude to St Antony’s and the LAC for providing an intellectually tolerant yet robust environment in which to study. In particular, I will always remember Malcolm Deas for his support. The first time I heard Malcolm speak was at a weekly lecture series in 1982 in the old building. The topic was photography in nineteenth century Colombia. It became apparent to me then that the empathy he feels towards his subjects largely explains why he is such an important historian.