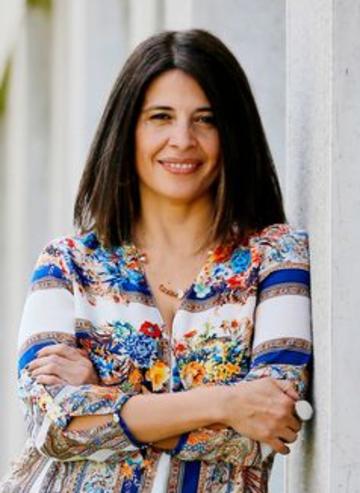 The Latin American Centre is very proud that Marcela Ríos, a long-time friend of the Centre, has been appointed as the new Minister of Justice as part of the administration of Gabriel Boric in Chile. Marcela was last at the LAC in January 2017, when, thanks to the Malcolm Deas Fund, she spent a week in Oxford, holding workshops with students, presenting in classes, and participating in the life of the Centre.

Marcela’s link with the LAC go beyond her visit in 2017. Marcela holds a PhD in Political Science from the University of Wisconsin-Madison and while there, she was also a student of Leigh Payne’s, who was a Professor of Political Science at Madison at that time.

Since completing her PhD, Marcela has published extensively in Spanish and English on issues of gender and politics, and democracy in Chile and Latin America. She has taught at several universities in Chile and from 2007, she coordinated the Governance program at the United Nations Development Program in Chile. At the UNDP she was part of the team that produced the National Human Development Report on Gender Equity in Chile in 2010, coordinated the State of Democracy Assessment in 2014, and the directed the series of comparative studies on Democracy for UNDP.

Since her return to Chile after completing her doctoral studies in 2005, she has been actively involved in public policy debates. In 2006, she was appointed to the presidential commission to propose a reform of the electoral system, and during the second administration of President Michelle Bachelet, she was a member of the commissions for Pension Reform and the Presidential Aid Commission regarding conflicts of interest, traffic of influence and corruption.

The LAC would like to wish her all the very best in her role as Minister of Justice.