Justice Without Borders: The Operation Condor Trial and Accountability for Transnational Crimes in South America

Since March 2013, Dr Francesca Lessa has been undertaking a new project to study the so-called ‘Operation Condor trial,’ a pioneering prosecution unfolding in Federal Criminal Court 1 of the city of Buenos Aires, Argentina.

The Operation Condor lawsuit dates back to November 1999, when six relatives of victims and their lawyers denounced to the judiciary in Buenos Aires the joint criminal enterprise by Operation Condor and the illegal deprivation of liberty suffered by their relatives, Argentine, Paraguayan, and Chilean citizens, who had all been detained and disappeared in Buenos Aires and Montevideo between 1976 and 1978.

Operation Condor was in fact a continent-wide operation in South America that murdered and disappeared hundreds of left-wing activists outside their home countries in the 1970s and 1980s. This secret transnational network of intelligence sharing and counterinsurgency operations was inspired by the Cold War’s National Security Doctrine and was established by Argentina, Bolivia, Brazil, Chile, Paraguay, and Uruguay in late 1975. 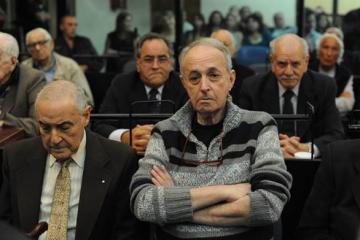 This transnational coordination of terror allowed the region’s security forces to target political opponents who had fled repression in their home countries, seeking refuge elsewhere. Operation Condor facilitated the persecution of individuals across borders, by keeping track of their whereabouts and facilitating their subsequent kidnapping. The majority of the victims were murdered or forcibly disappeared, and only a few survived.

After over ten years of investigation, the Operation Condor trial finally began on March 5, 2013, and constitutes a new milestone in terms of justice: a domestic court is contemplating for the first time the transnational dimension of past human rights crimes across South America, offering redress to victims and their families. The 18 defendants are being prosecuted on three charges: the setting up an international joint criminal enterprise, illegal deprivations of liberty, and torture, committed across Argentina, Bolivia, Brazil, Chile, Paraguay, and Uruguay, against 173 victims most of them foreigners, mainly Uruguayans, Chileans, and Paraguayans but also Argentines and Bolivians. There is also for the first time a foreign defendant prosecuted in this trial, retired Uruguayan military officer Manuel Cordero (right), who was extradited from Brazil in 2010 accused of 11 charges of enforced disappearances of Uruguayan and Argentine citizens in Buenos Aires.The project has relied upon various sources of funding, including the John Fell Oxford University Press Research Fund, the University of Oxford’s ESRC Impact Acceleration Account, the British Academy and Leverhulme Trust, and is also supported by Open Society Foundation's Human Rights Initiative.

The project unfolded in two phases. During a first phase (April 2013 to October 2014), Dr Lessa monitored remotely the trial from Oxford and hired a research assistant, Mr Pierre-Louis Le Goff, who followed the hearings in person in Buenos Aires. During the initial phase, Dr Lessa carried out two rounds of field-research in Buenos Aires, Montevideo, and Santiago between September and October 2013 and again between March and April 2014. Interviews were conducted with 36 informants and key actors, including the trial’s prosecutors, lawyers and victims, as well as survivors, human rights activists, journalists, and historians working on Operation Condor. Exploratory archival research was also carried out at two archives in Montevideo, Uruguay.

The three objectives of this first phase were:

1. To examine the impact of this historic trial in South America;

2. To study and analyse the origins and evolution of the lawsuit and the trial, with a particular emphasis on the crimes being investigated and prosecuted;

3. To recover the stories and accounts of some Uruguayan victims of Operation Condor.

Subsequent to receiving a new round of funding, a second phase began in late October 2014 and is currently on-going. Dr Lessa moved to Buenos Aires to monitor the remaining months in the trial. In addition, Dr Lessa began collaborating with the Chilean Ministry of Justice, the Uruguay  NGO network Observatorio Luz Ibarburu, and the Brazilian Ministry of Justice to organise conferences and workshops between 2015 and 2016 on the topic of accountability for transnational crimes. Thus, these knowledge exchange activities incorporate two new objectives to the ones above:

4. To generate a two-way dialogue between researchers and local partners to help produce appropriate and effective public policies and policy responses to advance accountability for transnational crimes;

5. To establish a long-term collaboration among academics and practitioners, while building capacity among judicial actors and cementing civil society networks of cross-border cooperation against impunity; 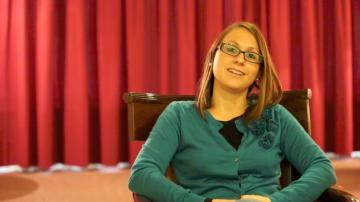 The first set of activities will be held in Santiago de Chile on December 17 and 18, 2015, coinciding with the 40th anniversary of the establishment of Operation Condor in late November 1975 in Chile. Activities in Uruguay and Brazil are scheduled for 2016.

A number of important collaborations with the media, governments, and other institutions have also emerged during the project. In July 2014, Dr Lessa (right) was interviewed for the new documentary “Operacão Condor, verdade inconclusa” (Operation Condor, an unfinished truth) by Cleonildo Cruz of Tempus Filmes (Brazil).

In May 2015, Dr Lessa was approached by former BBC journalists Macarena Gagliardi and Gert Desaedeleer. They invited her to create a trial diary, by posting Tweets with highlights from each hearing she attended to @pucheronews. Moreover, they asked her to write a series of articles and op-eds tackling cases relating to the Operation Condor trial in depth. There is now a dedicated section, Juicio al Cóndor, of their newly created news portal Puchero News that collects all the op-eds that Dr Lessa has written in relation to the trial since June 2015 (in Spanish).

In July 2015, Dr Lessa was nominated by the Uruguayan government to integrate a small team of three researchers, tasked with writing a chapter on Operation Condor in Uruguay as part of a commemorative book to be published by MERCOSUR in November 2015 on the forty years since Operation Condor later this year.  Dr Lessa is the only non-South American expert to participate in the book. The book was released in late 2015 and you can access it in Spanish at this link: http://www.ippdh.mercosur.int/libro-a-40-anos-del-condor/

Justice beyond Borders: The Operation Condor Trial and Accountability for Transnational Crimes in South America