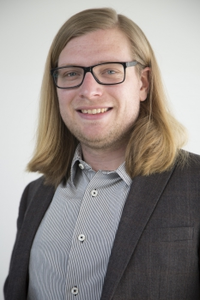 When I came to the LAC to start my MPhil in 2013, there were zero countries in the world with legalized marijuana. That same year Uruguay legally regulated cannabis from seed to smoke. Having previously studied the failures of punitive drug prohibition in Latin America, I was immediately drawn to this daring experiment with alternative drug policy. Besides, Uruguay’s reform was puzzling. Contrary to concurrent changes north of the Rio Grande, legalization was unpopular at the estuary of the Rio de la Plata. The question why Uruguay, nonetheless, legalized marijuana became the topic of my master’s dissertation.

To learn more about it, I undertook fieldwork in Uruguay between the first and second year of the MPhil. Despite occasionally bemoaning the fact I was spending the European summer in the Southern hemisphere’s winter, I never regretted my choice of Uruguay. Politicians, state officials, activists and other stake holders welcomed me with open arms, answered my questions, and invariably shared a mate.

In part, to explore to what degree cannabis reform was the result of the country’s exceptionalism –another instance of “como Uruguay no hay,” I broadened the scope of my investigation for my doctoral research to compare and contrast cannabis reform efforts in Uruguay, Chile and Mexico.

When I started my DPhil in Politics in 2015, Chile seemed the most-probable candidate to follow Uruguay. With a vibrant cannabis reform movement and the highest levels of marijuana consumption and support for legalization in the region, a reform bill had just passed the lower house of Congress. With its high levels of drug-related violence, low levels of elite or mass support for change, and, multiple unsuccessful reform initiatives, Mexico, on the other hand, seemed like a hopeless case. Yet, at the time of writing, the Mexican Supreme Court has made the home cultivation of cannabis legal, and the country’s new government intends to pass comprehensive cannabis legislation by the end of the year. In contrast, reform attempts have been repeatedly frustrated in Chile.

My doctoral research attempts to make sense of this variation in reform outcomes across Latin America by tracing these reform processes, scrutinizing the roles of distinct actors, assessing their strategies and tactics, and paying close attention to their discursive moves. While I study the specific case of marijuana legalization, my general aim is to better understand the politics of policy change, its dynamics and determinants, how pro-reform actors can get decision makers on their side, and, ultimately, why reform efforts often fail but sometimes succeed.

Throughout my time in Oxford, the LAC has not only been a “home away from home,” but whenever away on fieldwork, its network and contacts have been immensely helpful in opening doors and providing assistance. Both formally and informally, I have received invaluable criticism, feedback and advice from the members of the LAC. Finally, I have met some of my best Oxford friends at the LAC. For this, and much more, I am eternally grateful to the LAC.