Jaskiran Chohan, (MSc 2013-14) on her times at the LAC and her trajectory to her post-doc in Bristol 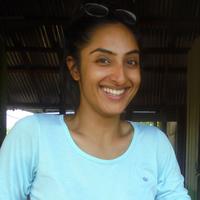 Growing up in the immigrant enclave of Southall, West London, I longed to study in the city of dreaming spires and to walk the same corridors as so many great thinkers. In 2012, I received an acceptance letter to read an MSc in Latin American Studies. Not only was I heading to Oxford University but I was also going to discover more about a faraway continent that had captured my imagination- a continent that I had read endlessly about but never seen.

My time at Oxford was far removed from what I had envisaged growing up. As a British Asian woman, it was confronting and challenging. I struggled with the past and present of a historic institution steeped in power and privilege, compounded by my own experiences of ignorance and racism there. In the current global debates around racial inequality, it has been cathartic to reflect on my experiences as a student and now realise as a working academic how vital it is that universities foster spaces to decolonise history and deconstruct racism and related structural inequalities. Area studies programmes, such as Latin American Studies provide unbridled opportunities to re-think colonial pasts and its contemporary ramifications.

Studying Latin American History and Politics at the LAC afforded me the time, space and expertise to think through complex issues around socio-economic inequalities, democracy and human rights. At the LAC, I encountered critical minds who helped me to question my own thinking and pushed me to grow. I came to the centre as a historian, with an interdisciplinary curiosity but the MSc gave me the opportunity to sample, practice and hone my skills in politics, sociology and political economy. I learnt to think beyond disciplinary boundaries and approaches, to compare the styles of different tutors and in doing so, began to find my academic voice.

In addition to the inter-disciplinary training, I was given the opportunity to research a topic of my own choosing for my MSc thesis. I chose to study Colombia’s history of land reform to better understand the issue of rural inequality in the country. Through wider reading for my MSc, I stumbled upon the Zonas de Reserva Campesina (ZRC) or Peasant Reserve Zones - Colombia’s only state endorsed pro-campesino development model. Learning about the experiences of campesinos in these conflict hotspots sparked my curiosity and left me with a desire to know more about Colombia’s rural world and people, which I then focused on for my PhD.

After the LAC, I undertook my PhD at the Institute of the Americas, UCL. During that time, I finally touched Latin American soil and visited Colombia. I travelled across the country, passing through the colour drenched streets of Bogotá, traversing green rolling hills in South Bolivar, along tropical rivers in the Magdalena Medio and rural villages in the mountains of Sumapaz. I studied two particular ZRCs (in Cabera and Valle del Río Cimitarra), analysing how campesino communities adapted to industrial agriculture and/or constructed alternative, socio-economically just and sustainable livelihood strategies through agroecological farming. During my fieldwork, I interviewed small farmers in remote rural areas in the country, NGOs, state institutions and politicians. LAC tutors and fellow students helped connect me to relevant people and organisations. Social science training from the LAC also laid the foundations that allowed me to put together an inter-disciplinary framework to analyse these agricultural systems in a more comprehensive way. Personally and professionally, my PhD was a transformative experience that taught me about the resilience of humankind in the most adverse circumstances of violence, conflict and loss.

The Colombian journey I began at the LAC and continued through my PhD laid the foundations for my first post-doc position, which I started earlier this year at the University of Bristol. This research project focuses on emerging tensions around conservation objectives and livelihoods in rural mountainous communities in Colombia. I hope to use my future academic work to better understand the roots and impacts of interconnected inequalities related to race, gender, class and the environment in Latin America. Seven years after my MSc, I’m no longer a student dreaming of spires but a working academic trying to build bridges in an increasingly polarised world.