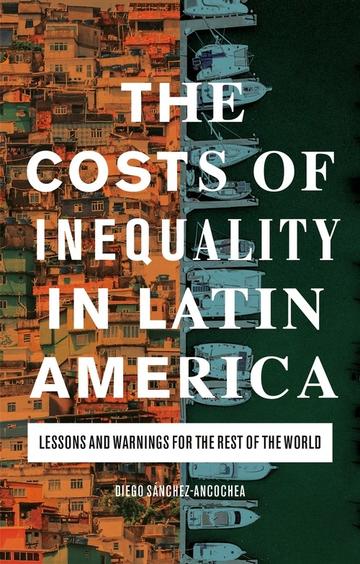 Diego Sánchez-Ancochea just published the new book The Costs of Inequality in Latin America: Lessons and Warnings for the Rest of the World. The book draws on the experience of Latin America to explain the roots and costs of growing income gaps. Using historical examples from different countries, The Costs of Inequality demonstrates how inequality has hampered economic growth and contributed to a lack of good jobs. Across the region, the wealthy have faced limited incentives to move into new sectors and the poor have not had enough resources to invest in new projects.  Inequality has also been one of the drivers of weak institutions and the emergence of anti-system politics for decades. The poor and the middle class—losers of what they consider a rigged system—have tended to distrust traditional political parties, gravitating towards leaders who identify clear enemies and promise rapid gains. Inequality has also had high social costs, from violence to mistrust on neighbours and institutions. The relationships this book explores do not go in just one direction. In fact, low growth, exclusionary politics, and violence and social mistrust have reinforced inequality, generating various vicious circles. Latin America thus provides a disturbing image of what the future may hold in other countries from the United States to the United Kingdom. Yet, the region also provides positive experiences on how to fight inequality, including exciting ideas in different disciplines and some of the most active and creative social movement sin the world.  The Costs of Inequality has been chosen as one of the best economics books of 2020 by the Financial Times.