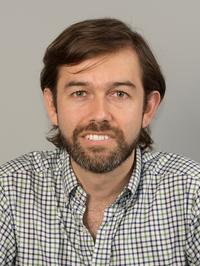 I was first contacted by Veronique Benei, Director of Research at the Institut Interdisciplinaire d’Anthropologie du Contemporain (IIAC) to give a talk in November 2019 at a conference titled ‘Migrations in Latin America and the Mediterranean Compared: Violence, State cruelty and (Un-)Institutional Resistance’ – jointly held by the Oxford Latin American Centre (LAC) and the Maison Française d’ Oxford. I was asked to give a context of the Venezuelan migration and talk about my own research into the topic, to an audience that would be composed of academics and practitioners, some of whom would not necessarily be Latinamericanists. I gladly accepted the invitation but soon realised that the time constrains of the presentation would be a challenge, as in order to truly understand the nature and context of the Venezuelan migration flow, one has to analyse the political, economic and social characteristic of the migration – starting in the 1990s before the rise of Hugo Chavez and his Bolivarian socialist model.

Similarly, this post could extend into several pages analysing the issue. Instead of filling it with statistics, quotes, and other data, I will focus on the points that generated the most interest from the talk, including the questions asked and the conversations during the reception and dinner.

It is fairly well known that the main driver of the migration has been the worsening economic conditions in the country, and in turn the deterioration of social norms, political conventions, and standards of living. This has included a rise in crime and insecurity; a reduced access to public services; shortages of food, basic goods, and medicines; increased participation in anti-government protests; and the persecution of opposition activists.

From all the information given, the most relevant points and those that generated the most interest were the timing and nature of the migration, the demographic characteristics of the migrants, and their integration into host societies. Here, I briefly explain these issues.

The first point of interest is that even though the migration is recent, it did not appear suddenly out of nowhere. The flow actually started soon after Chavez’s rise to power, as some individuals left due to not agreeing with his political reforms; some saw the economic policies as a threat to their financial capital; and some felt persecuted by the government – especially civil servants who were first fired from their jobs and then blacklisted after participating in anti-government protests (many of them former workers of PDVSA, the Venezuelan national oil company). Venezuelans have been emigrating in relatively large numbers for two decades, and as researchers, we should not ignore those that migrated earlier.

The second point is connected to the one above, in that the migration has not been steady, and has had different peaks in the past two decades. Importantly, these peaks have been closely connected to the changing price of the barrel of oil. As the Bolivarian regime has relied heavily on oil money to fund their social programmes and keep themselves in power, the price falls have been gravely felt. Indeed, the peaks of migration in 2008 and 2014 have coincided with substantial falls in the price of the commodity. Even though events such as the imposition of sanctions by the US on Venezuela have had a negative economic impact in the country, they were not the cause of the economic crisis, or of the subsequent increased migration flow.

The third point is that there have been two distinctive migration waves within this 20 year period, based both on the increased flow of migrants and their demographic characteristics. The first wave took place between 1999 and 2014, saw mostly middle and upper class individuals migrating – most of them professionals with university degrees (Paez 2015). The second wave, from 2014 onwards, has been a lot more demographically diverse, has included individuals from all socio-economic backgrounds, and with different levels of education (Mazuera et. al. 2019). The intensity of the migration is also important to note, as it increased from a trickle of dozens per year, to a torrent of hundreds of thousands. It is because of these two latter reasons that the migration has been more noticeable. Of course, the number has increased, but also the type of migrant has changed – and my preliminary research shows that the second wave has not been as welcomed as the first one. My research aims to further explore the differences between the waves, as well as to analyse the dynamics between and within these groups – how they perceive themselves and one-another.

The final issue that was discussed at depth back in November was the discussion whether it would be easier for host societies to assimilate the migrants, as this is a South-South migration within Latin America. Indeed, the Venezuelan migrants speak the same language as most other countries in the region; they share the same religion; and have a common shared history of colonisation from Spain, and fight for independence – even having constituted the same country as Colombia, Ecuador and Panama after independence. Nevertheless, Venezuela’s economic, political and social history has been different to its neighbours – partly because of its oil wealth. These differences have created a degree of cultural dissonance between the migrants and the host societies, meaning that they continue to share many similar traits but are not identical. One important difference is the approach many Venezuelans have towards the role of government in society. After many years of widespread government intervention in society, including the easy access to subsidies and the use of ‘rewards’ for complying with government policies, many Venezuelan migrants have come to have certain expectations about the role of government. Here are a couple of examples:

Both interventions and suggestions are understandable and would be very helpful for the migrants. However, the examples demonstrate a lack of knowledge of how the Colombian government works, as it does not have the capabilities, knowledge, or manpower to provide these services – not even to its own citizens. In fact, Colombia lacks a comprehensive immigration policy and the government is only now trying to create a national migration policy that addresses the ongoing situation, as the existing policies focused more on emigration from Colombia.

Other cases that have arisen from my preliminary research include participants retelling their surprise at receiving their first expensive water bill in Colombia, after enjoying subsidised water supply for decades; participants stating they expected some sort of material reward after completing the migration register; and individuals finding it hard to navigate the different and often highly discriminatory social divisions that exist in Colombia. I argue that these expectations and struggles stem from the historical, political, economic, and social similarities and differences between the countries. The populations indeed share cultural characteristics in terms of language, religion, etc. but are not identical – and should therefore neither be underestimated, nor overemphasised.