Carrie Gibson on the Hispanic Past of The United States 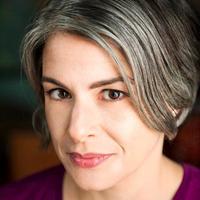 The historian and journalist Carrie Gibson reflects on the challenges of writing her recent book El Norte: The Epic and Forgotten Story of Hispanic North America (Atlantic, 2019).  She was a guest speaker at the seminar jointly organised by the Latin American Centre and the Rothermere American Institute that took place in the LAC on 24 October 2019.

The Hispanic past of the United States is an enormous layer of history that for too long has been divvied into regional fragments, presenting, for instance, seventeenth-century Florida, nineteenth-century Texas, and twentieth-century California in ways that too often have obscured their connections. Indeed, in more recent times it seems that much of the Hispanic past has been reduced to a shorthand about immigration and the present situation at the US-Mexico border, and such a reduction eclipses a much older and complex story.

The aim of my book, El Norte: The Epic and Forgotten Story of Hispanic North America (Atlantic, 2019), was to bring this large, diverse history together for a general readership, starting with Christopher Columbus in 1492 and ending around 2017, covering Mexico, the US, and even a bit of Canada, while taking pains to include Cuba and Puerto Rico. In addition, I argue that these five centuries of history challenge the narrative of Anglo-Protestant supremacy in the formation of the national identity of the United States. In relation to this, I also call for a return to more hemispheric thinking, drawing from the work of Herbert Eugene Bolton nearly a century ago, and I consider how the United States might appear if it were framed as part of Latin America, highlighting the history it shares with its southern neighbours.

When I received the very welcome invitation to speak at the Oxford Latin American Centre, I wanted to use the opportunity of having an audience of scholars engaged in work on the US and Latin America to reflect on some of the challenges I had in writing El Norte, focussing on two main areas. The first was making sense – if such a thing is possible – of the national historical imagination within the United States. The second was finding ways to overcome the deep regionalisation of this history.

On the first point, I discussed the issue of history versus memory, explaining how I had experienced a diverse range of responses to El Norte. In some reviews, scholars said this topic had been done sufficiently enough to not merit another book on the subject, while non-academic reviewers took the opposite tack, saying that much of this history was previously unknown to them. On top of that were the readers who contacted me directly, in many cases to ask why I had left certain people or places out – ones that were important to them. This was a particularly acute reminder that there is a memory of the Hispanic past embedded in the lives of people throughout the United States, and yet a chasm remains between that and the history that is written, as well as between academic and public history. The challenge is, and continues to be, how to incorporate that memory into the broader narrative, and in doing so widen the national historical horizon.

In the latter part of my talk, I turned to the problem of regionalization, one that is born of the fact that the Hispanic past of the US at various points involved places ranging from Florida to California, taking in the vast Louisiana territory and dipping into the Caribbean, and touching virtually all parts of the modern US in one form or another. Drawing from my background as a Caribbeanist, I discussed what Franklin Knight called ‘systadial’ time in his classic work, The Caribbean: The Genesis of Fragmented Nationalism. In relation to the islands of the Caribbean, this means that they passed through similar experiences but at different times, and I found this model useful in thinking about the long and geographically diverse history of the Hispanic past in the United States as well. Spanish settlements; independence; immigration – these are shared histories, but with varying chronologies that often overlap in important ways.

These were but two of the challenges I faced in writing El Norte, and by way of conclusion, I discussed how in this particularly heated political moment it also has become a matter of urgency to put the Hispanic history of the United States in its rightful place, mixed in with all the many other layers of the past that have contributed to the complexity of not only the US, but the entire hemisphere.