Appointment of Professor Timothy Power as Head of Division 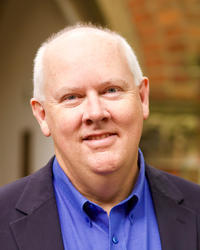 Tim Power is Professor of Latin American Politics, current Head of the Oxford School of Global and Area Studies, and a Fellow of St Antony’s. He has taught at Oxford since 2005 and is a member of the Department of Politics and International Relations as well OSGA.

Professor Power will take up the position from 1 October 2021. Professor Dame Sarah Whatmore will step down as Head of Division on 31 July, with Professor Margaret Stevens taking over on an interim basis from 1 August - 30 September.

'I hope you will join me in congratulating Tim on this new position. I know that my colleagues and I are very much looking forward to working with him,' Professor Louise Richardson said.

The Latin American Centre is delighted that one of our members has been appointed to this distinguished university role.