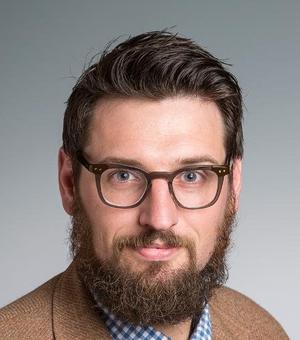 In 2012 I finished my PhD at ISA, University of London; my thesis looked at various Mexican Marxist groups during the early Cold War. I am a founder and convenor of the Radical Americas Network (radicalamericas.org) and an editor of the Radical Americas Journal. My publications include: “Hegemonic Nationalism, Subordinate Marxism: The Mexican Left, 1945–7,” in Journal of Latin American Studies (2017); “Mid-Century Communisms: A Schematic Approach?” in The International Newsletter of Communist Studies, XVIII (2012). My research is divided into two strands, though at times they are linked. I work primarily on the Latin American lefts during the twentieth century, and I am writing a book about the early Cold War. While much of my focus here has been on Marxists in Mexico, I have branched out into other strands of socialism and anarchism across the Americas. I am also interested in other histories that intersect with that of the left, including the histories of the Cold War (especially its definition and timing) and of U.S. foreign policy. My second research strand examines writers and politics in post-Revolutionary Mexico; I have presented research papers on Langston Hughes, B. Traven and Martín Luis Guzmán. I am also interested in the relationship between radical politics and science fiction.