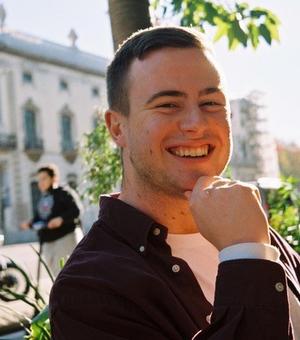 My name is Tom and I'm from Brighton in the UK. I graduated from the University of Leeds last year having studied Spanish, Portuguese and Latin American Studies, a course which took me on both a term abroad to Granada, Spain and a year abroad to Lisbon, Portugal. I have always had a keen interest in languages, cultures and societies and I was first attracted to Latin America when travelling around South America for four months before starting university in 2016. I relished the opportunity to get to know some of the cultures first-hand, spending prolonged periods of time in Brazil, Argentina and Chile.

More recently, I completed my Final Year Project in Leeds examining Brazilian President Bolsonaro’s speeches, focusing particularly on his use of populist discourse in his 2019 UN General Assembly speech and how his speeches were covered by the media outside of Brazil and Latin America. During my time at the Latin American Centre, I hope to deepen my understanding of the area and build on my previous research interests through the interdisciplinary study offered on the course.