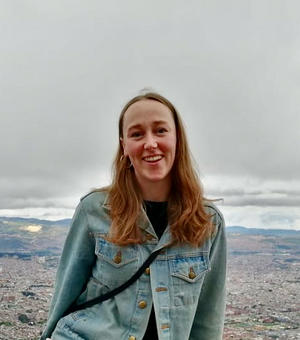 My passion for Latin America started when I visited Cuba as a teenager. This trip had an enormous impact on me and I went on to study an MA in Spanish at the University of Edinburgh. During my undergraduate degree I spent a year studying in Mexico and Argentina and travelling around the region, which sparked an interest in the modern history and politics of Latin America. This led me to centre my dissertation around the concept of identity in relation to the Disappeared and their children in Argentinian literature and film on the 1976-1983 dictatorship. While at Oxford, I hope to look into this subject further, focusing particularly on civil society reaction post-dictatorship and the intersection between literature, film and transitional justice. I would like to look at the impact of cultural and creative productivity in addressing political trauma and state violence and creating an appetite for justice, accountability and reconciliation in post-authoritarian societies. Before coming to Oxford, I also spent time teaching English in Gran Canaria, which showed me the huge variety of different cultural and historical links between Latin America and the rest of the world. During the MSc I am looking forward to gaining a deeper, more interdisciplinary understanding of the region as a whole.