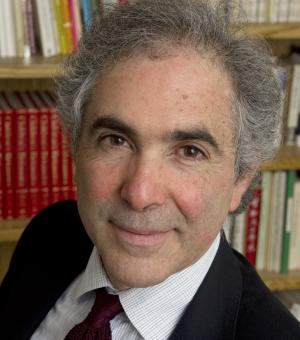 Professor of the History and Politics of Latin America

I teach history and politics for our masters’ programmes.

I  trained in law at the Javeriana University in Bogotá, worked at the Asociación Nacional de Industriales (Andi), and edited a newspaper in Barranquilla, Colombia, before embarking upon an academic career as a historian.  My educational background and professional experience helps to explain my varied research interests, from the history of cattle and bananas in the Colombian Caribbean –part of my doctoral dissertation – to my most recent work on the history of democracy in Latin America. But I strongly believe in interdisciplinary and comparative studies, an approach that has fully informed my work and career.

I completed an MPhil in Latin American Studies at St. Antony’s College and then a DPhil in Modern History, also in Oxford.  I held a succession of posts in several British universities, including a Senior Lecturership in History at the Institute of Latin American Studies, in the University of London, where I worked for ten years before joining the Latin American Centre.   I have combined my academic career in England with Visiting Professorships at the Universities of Chicago (2003) and Brown (2005), and Visiting Fellowships at the Kellogg Institute, University of Notre Dame, in the United States (2007, 2008 and 2012).

I enjoy teaching graduate seminar classes for our master’s programme, where students are encouraged to engage in informed and intellectual discussion. While my own research is primarily on Colombia, I am happy to supervise work on other Latin American countries including Chile, Argentina, Venezuela, Cuba, Brazil or México since I take a wide comparative approach to both my teaching and research.

I am currently completing a single author book on a hundred years of history of elections and democracy in Colombia (1830-1930): a longstanding research project that has led me to explore a wide spectrum of related topics: the history of the press, the Church, clientelism and corruption, civil wars and party politics, Congress and electoral systems, constitutions, ideas and language, politicians and of course the voters themselves.  I am keen to understand the history of democracy from a genuinely comparative perspective and feel fortunate to be part of an exciting Oxford History Faculty based project Re-Imagining Democracy in the Mediterranean (1750-1860).

My work on the history of elections have been published in academic journals and book chapters in Europe and the Americas, including the Hispanic American Historical Review, the Journal of Latin American Studies,  the Historical Journal, the Boletín Cultural y Bibliográfico, and the Kellogg Institute Working Paper Series.  My interest on intellectual history has led to several publications, including a recent article on liberalism in 19th century Latin America with Iván Jaksić in Intellectual History Review. I am also fascinated by the relationship between history and fiction, and have explored this subject with particular reference to Caribbean novelists, Gabriel García Márquez and Marvel Moreno.

While my current research is mostly focused on the history of the nineteenth-century, I have also written on contemporary Colombia, with special attention to its problems of violence and its prospects for peace in recent times.  I am interested in examining aspects of the country’s political culture, particularly intrigued by the extent to which self-conceptions of the nation can shape political developments, and the role of intellectuals in setting the agenda and direction of the public debate.  I have explored this subject in my book La nación soñada, and in various publications on the politics of language of the Colombian conflict, including an article in the Latin American Research Review, and various monographs commissioned by the Fundación Ideas para la Paz.

I enormously value collaborative projects and their resulting edited collections, often the source of inspiration for highly original work, and I have myself edited a good number of books,  including (with J. Samuel Valenzuela) Origins of Democracy in the Americas.  The Formation of Electoral Institutions in the Nineteenth-Century, to be published by Cambridge University Press, and (with Iván Jaksic) Liberalismo y poder.  Latinoamérica en el siglo XIX. I currently direct a five volume History of Colombia, part of an impressive collection on the history of the Iberian world promoted by the Fundación Mapfre in Madrid.

I remain interested in the various topics covered my doctoral dissertation, The Colombian Caribbean: A Regional History, 1870-1950. Being a native from a Caribbean city, Barranquilla, I naturally feel passionate about the study of all aspects of its history, be it cultural, economic, political or social. I visit the Colombian Caribbean frequently and I have been invited to give the 2015 inaugural lecture at the Carnaval Internacional de las Artes, a cultural festival preceding the Carnaval in Barranquilla which is already competing with that of Rio.

I write a regular column for the Colombian daily, El Tiempo, where I am able to combine my historical interests with the analysis of current affairs and occasional personal reflections. From October this year, I will be contributing to a history blog at the Fundación Mapfre Historia website, a challenge that I have embraced with enthusiasm.