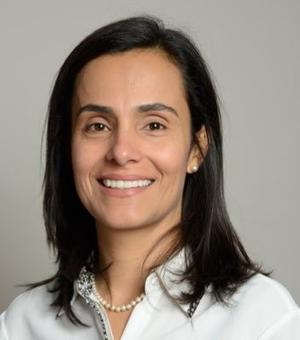 Isabel Ruiz is an Associate Professor of Political Economy at the University of Oxford, where she is also Director of Studies in Economics at the Department for Continuing Education (OUDCE). Isabel is an official Fellow of Kellogg College and an associate member of the Department of Economics, the Oxford Department of International Development (ODID) and the Latin American Centre (LAC) at the University.  Isabel’s current research focuses on the economics of migration. Her current research agenda focuses on two main themes. First, she has studied the impacts of hosting refugees on the economic outcomes of natives and the economic consequences of refugee repatriation. Her recent work looks at the case of the Great Lakes region of Africa with emphasis on the cases of Burundi and Tanzania. Second, she has been working on understanding the labour market outcomes of refugees in the United Kingdom. This last area of work is part of a larger project on the Labour Market Integration of Refugees in the UK, financed by the Nuffield Foundation. As a concluding part of the project, Isabel helped organise (together with Carlos Vargas-Silva, Francesco Fasani and Tomasso Frattini) a conference on ”Forced Displacement, Asylum Seekers and Refugees: Economics Aspects and Policy Issues” held at Queen Mary University, London on March 18-19, 2019.  Isabel is one of the coordinators of the Economics of Forced Migration Project (ECONFORCED). She has also previously worked on research projects on the economics of migrants' remittances and the determinants of capital flows to developing countries and has worked on projects with UNU-Wider, the Agence Française de Développement, and the World Bank.  Before joining OUDCE, Isabel was a Governing Body Fellow at Harris Manchester College, University of Oxford, where she was also the Tutorial Fellow in Economics (2011-2018). At Harris Mancghester, she taught and coordinated the economics teaching for Philosophy, Politics and Economics (PPE), Economics and Management (E&M) and History and Economics (H&E) students. She taught courses on Micro and Macroeconomics, Quantitative Methods and the Economics of Developing Countries. In 2018, Isabel was elected Vice-Principal of the College. Before coming to the UK, Isabel was an Assistant Professor of Economics at Sam Houston State University in the USA.