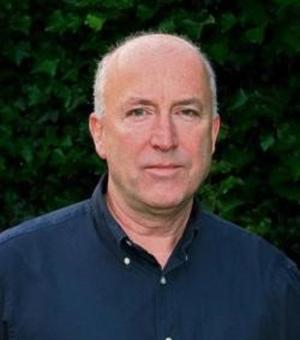 Edwin Williamson is a literary scholar, biographer, and historian. His research interests are in the literature, culture, and history of Spanish America as well as early-modern Spain. He is the author of The Penguin History of Latin America, which has been translated into Spanish (Historia de América Latina, Fondo de Cultura Económica, 2014) and Portuguese (História da América Latina, Edições 70, 2012). His biography, Borges: A Life (Viking, 2004) has been translated into seven languages (Spanish ed. Borges: una vida, Seix Barral, 2006). He has published extensively on the Hispanic Golden Age, and especially on Cervantes. He has lectured widely in Spain, Latin America, and Europe, and has been a visiting professor at Stanford, Cornell, the University of Colorado at Denver, and the Universidade de São Paulo, Brazil. In 2015 he was awarded a Leverhulme Trust Major Research Fellowship to write a critical study of Cervantes’s evolution as a writer during the last three decades of his life (1585-1616), with a particular focus on the process of composition of his great masterpiece Don Quixote in the context of his other writings and the Spanish culture and society of his time. He is one of four co-directors of an international research network on “Authority and Power in Early-Modern Spain”, comprising literary scholars and historians from Oxford, Universidad de Navarra, Westfäliches Wilhelms-Universtät Münster, and Université Sorbonne Nouvelle, Paris III (2007-present). In 2016 he organized in Oxford an Anglo-Spanish symposium to commemorate the 400th anniversary of the deaths of both Cervantes and Shakespeare, with the participation of six Spanish Shakespeare scholars and six British cervantistas; it was repeated in Spanish as Diálogos Hispano-Británicos at the University of Alcalá de Henares, Cervantes’s birthplace.